The Nova Scotia Fisheries Department, in an effort to preserve and sustain the blue fin tuna population off the coast of Nova Scotia, has been limiting the number of seasonal tuna tags awarded to each charter boat. At present, the number of tuna allowed to be kept per tuna boat is 1 and in some very rare cases, 2 fish per season. What this has meant for the tuna fishing industry in Nova Scotia is that the tuna boats that used to catch and kill tuna have now turned to catch and release sport fishing for their livelihood.

These are superbly skilled fishermen who are experts at catching giant blue fin tuna and it’s a rare opportunity for sport fishermen to be guided by the very best commercial anglers within the industry. The tuna stocks have bounced back dramatically over the past few years, which has demonstrated that the Fisheries Departments efforts to protect the species are working.

The healthy mackerel, herring and squid populations in the Gulf of Saint Lawrence, have also played a crucial role in the recovery of the Giant Blue Fin stocks. And recover they have! The tuna fishing has become so good the last couple of years that the tuna boats are now landing 800 to 1000 pound blue fin tuna almost daily between late August and mid October. The two boats we work with are fishing an area every day off Inverness where the world record 1498 pound tuna was landed.

We first discovered the quality of this fishery, a couple of years ago, while fishing for salmon on the Margaree River. We now have the ability to offer an incredibly unique trip to Cape Breton, anglers will fish for Salmon for 4 days and then go giant blue fin tuna fishing for 2 days during the week. There are very few places on earth where a trip like this can occur and we are delighted to be able to offer it.

While the tuna boats have very little experience in fly-fishing, they are more than game if guests want to bring their own gear and give it a go. A 14 weight rod would be required for a tuna in the 100-120 pound range. When the big boys show up, (fish over 200 pounds) guests will have to forget about the fly rod altogether. But, it is a great option for the smaller fish, when they show up.

The tuna charter was custom built in 2009 by the captain himself. The Dawn Treader 1 is a 45 foot fibreglass hull, perfectly suited for group big game tuna fishing. She’s fitted with a state of the art fighting chair, and is fully equipped with a galley, bunks, cabin heater, fresh water, head and shower. The crew keeps it squeaky clean, ensuring an ultimate level of comfort.

This tuna charter is also fitted with a cutting edge depth sounder and marine electronics. She’s powered by 700 lugger, equipped with a Sirius satellite radio, Transport Canada approved and a model of proper safety standards. All tuna fishing tackle is provided on board.

Guest will fly to the Sydney Nova Scotia International Airport where they will be met outside the airport by our shuttle driver for the ride down to Margaree and the Normaway Inn. The drive from the airport to the Normaway is a very scenic 1 hour and 45 minutes. From the Normaway Inn, it’s just a 25 minute drive each morning down to the harbor where the tuna boat is waiting to take guests out.

Another alternative to flying into Sydney, although certainly less desirable, is to fly into and out of Halifax, Nova Scotia. The drive from the Halifax Airport up to Margaree is considerable and takes on average about 6 hours in total, each way. 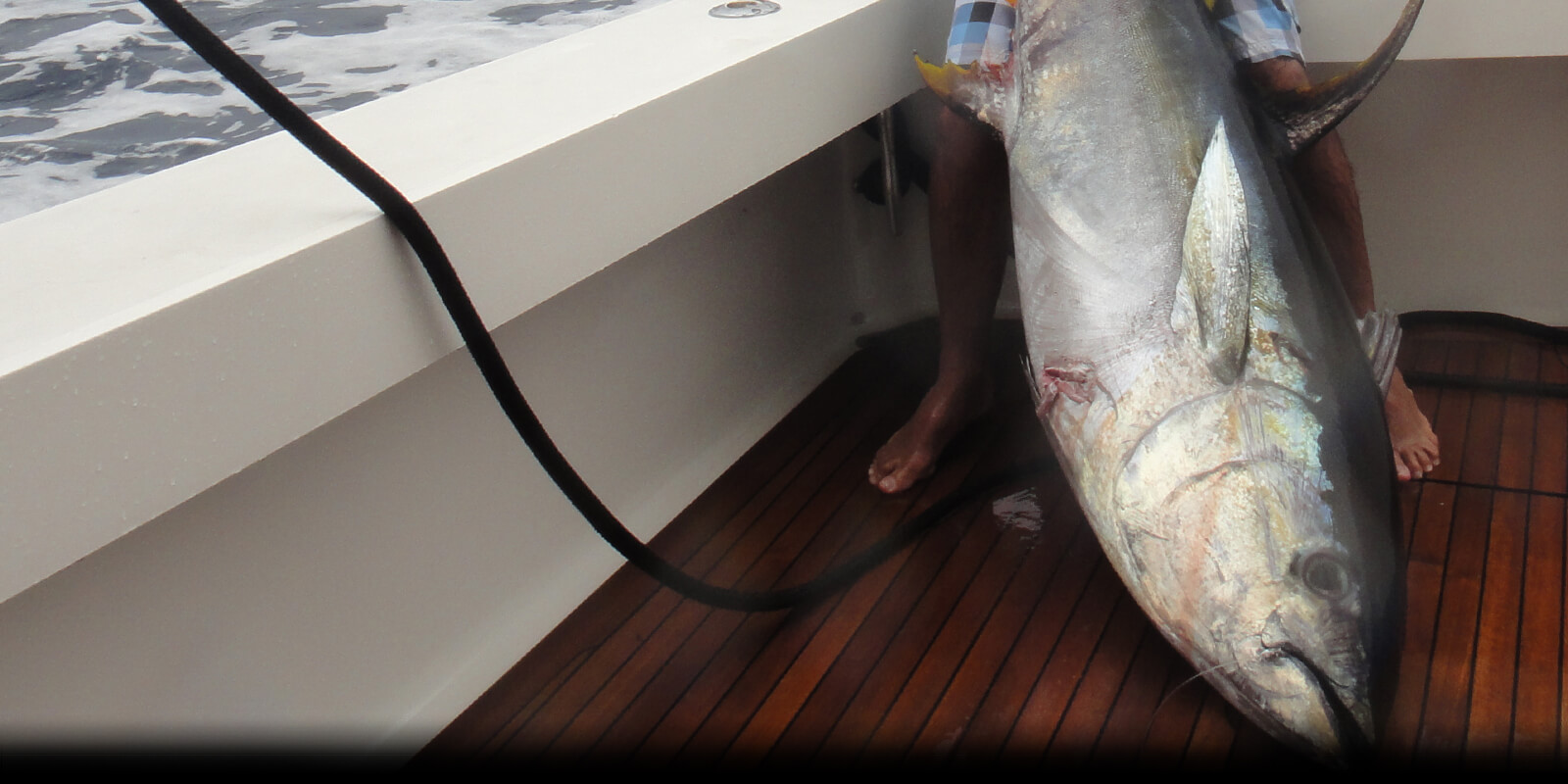 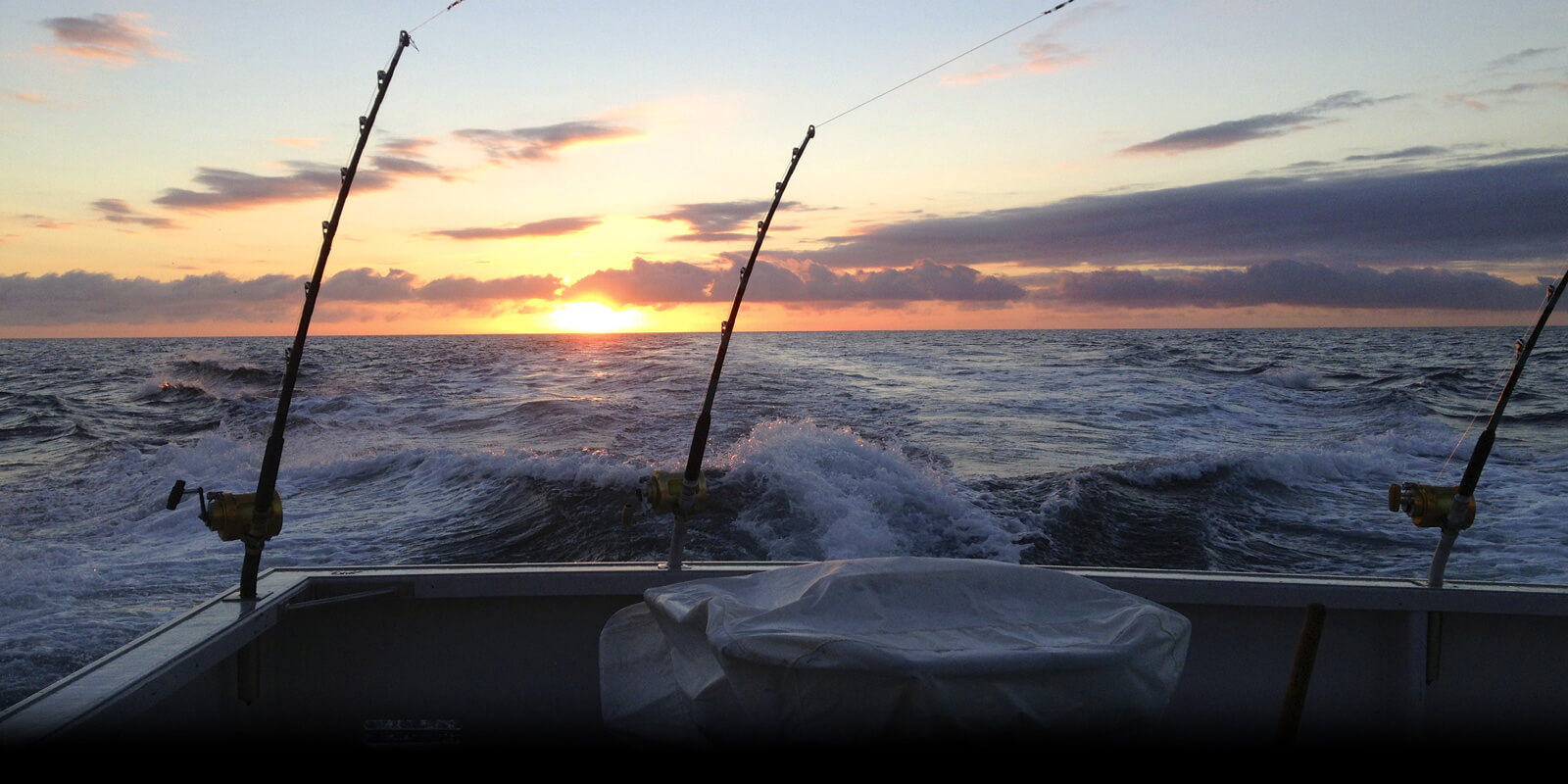 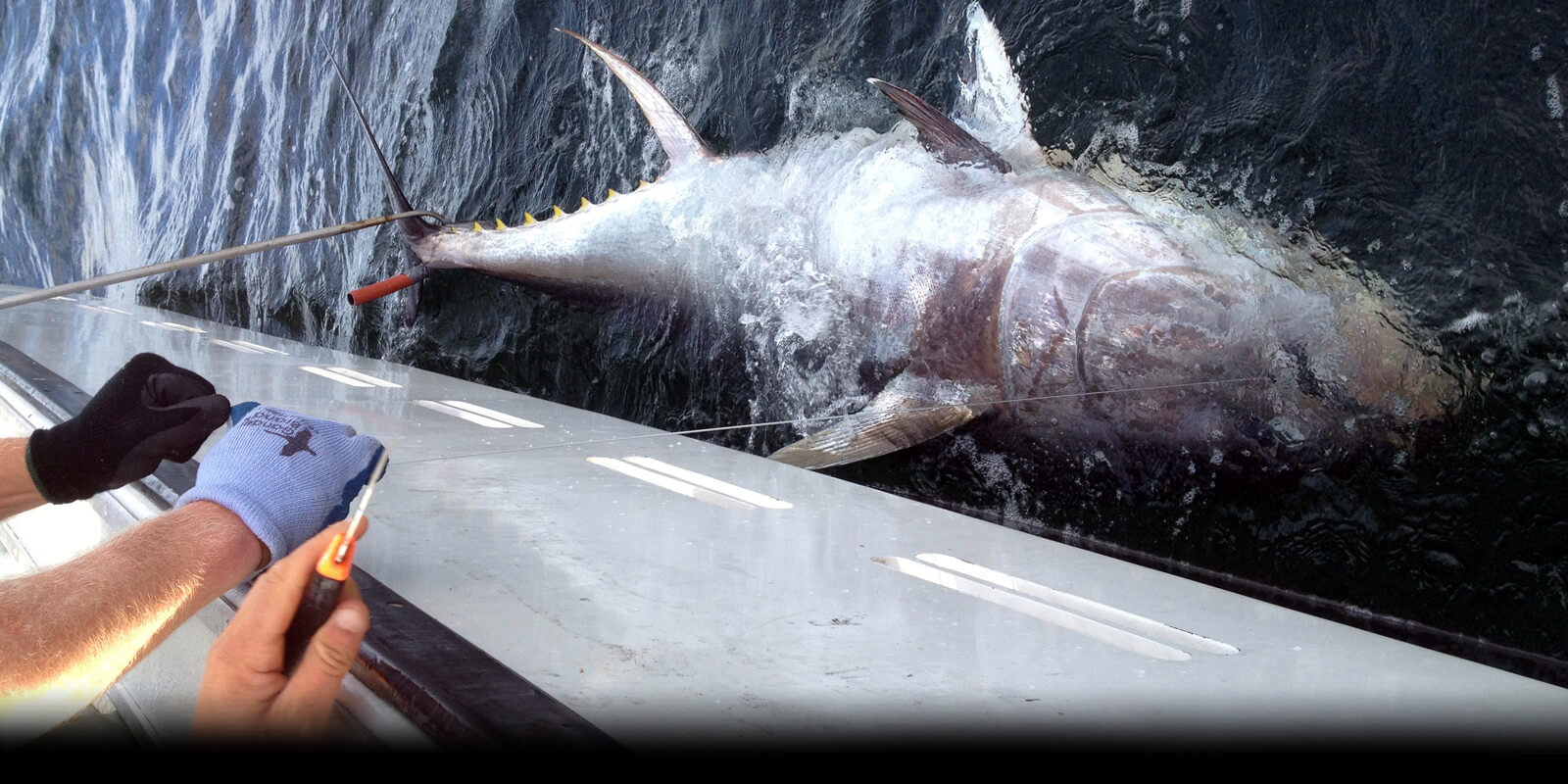 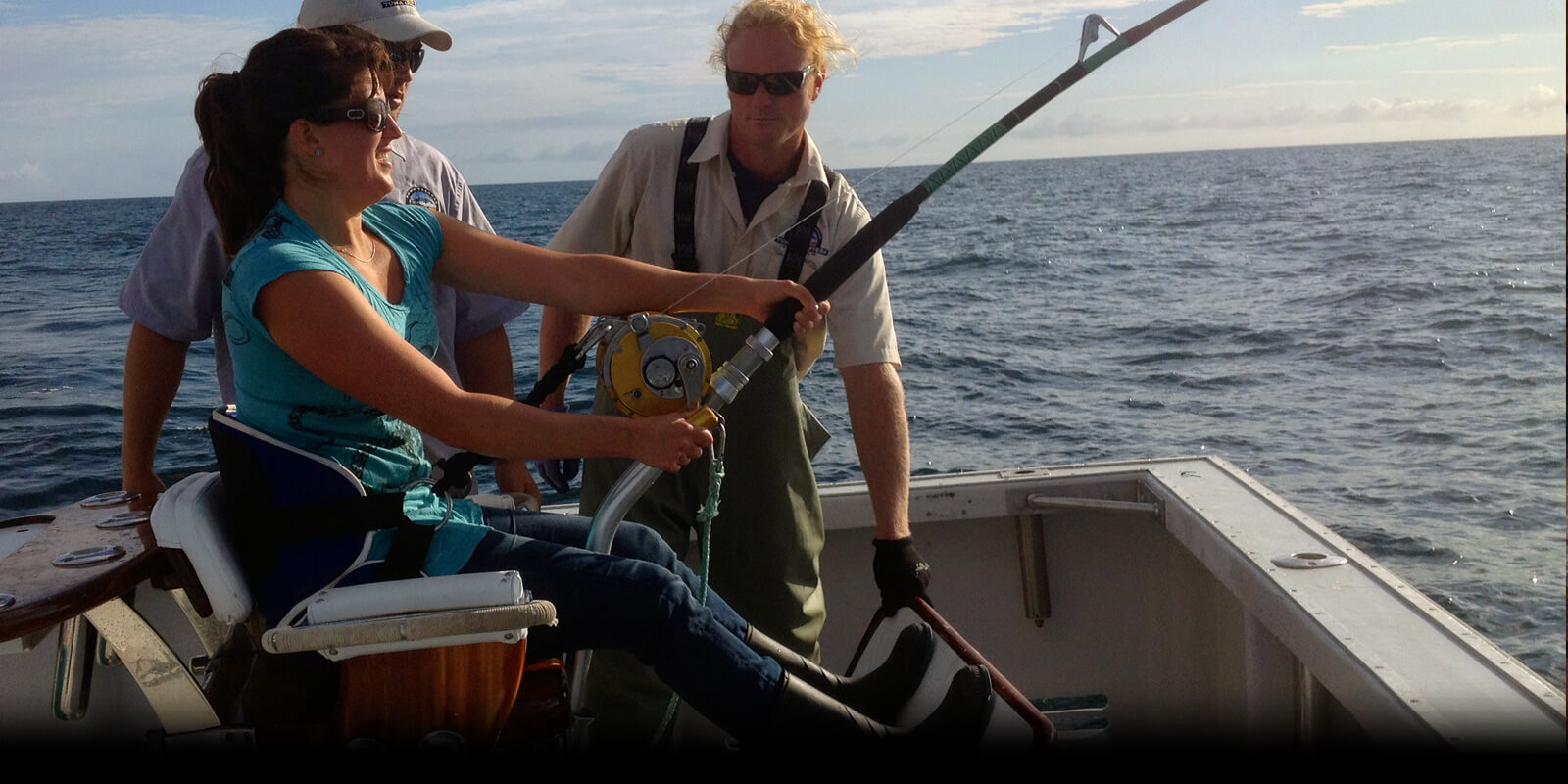 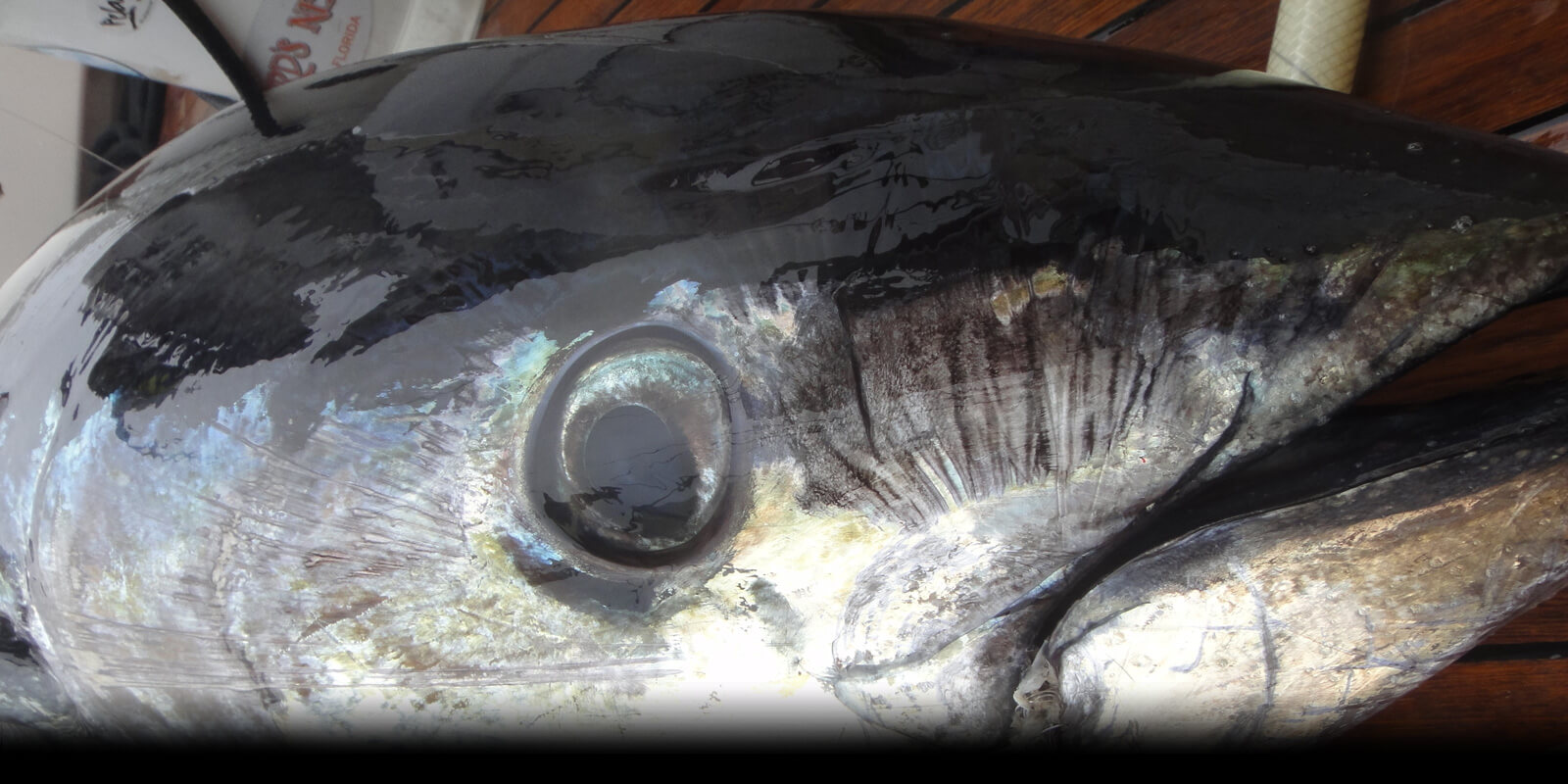 3rd week of August to Mid-October

Because of the comfort and pleasant experience of the inn, along with the quality of the food, most of our guests who fish for Giant Bluefin Tuna stay at the Normaway Inn. Located just 21 miles from the Inverness Harbour, The Normaway is a beautiful old traditional inn that can only be found in places like Cape Breton. The owner Dave is a friend of ours and he is on site daily to attend to guests and make sure that everything is running smoothly. The inn is cozy and well lit, with a wonderful living room centered by a fireplace that often doubles as a music room for local fiddlers who play for guests after dinner. The dining room is cheery and bright, with an excellent kitchen that produces a wide range of delicious 4 and 5 course meals. The rooms on the second and third floor of the inn are really nice, with antique furnishings and big comfortable beds. Each room has its own private bath with hot and cold water.