The area surrounding Playa Blanca is wild, virtually uninhabited and extraordinarily beautiful. There are miles of shallow bays, secluded mangrove-rimmed lagoons, white sand beaches, and dense coastal jungle. Here, guests have access to one of light tackle fishing’s most spectacular frontiers, Espiritu Santo Bay. Playa Blanca guides can lay claim to the fact that they were the first to regularly fly fish, explore and learn this bay. It would be impossible to find a better destination from which to fish this remote area. Part of what makes this location so special to fish from, is the easy access to Espiritu Santo Bay, which is just south of the lodge. Espiritu Santo is an incredible fishery, isolated from the other lodges to the north because of the distance the other lodges boat’s would have to travel to get there. Playa Blanca is the only lodge that regularly accesses this fantastically productive environment.

Espirtu Santo Bay is loaded with bonefish, permit, and tarpon. For those looking to chase a Grand Slam, Playa Blanca is an absolute must. Other species anglers will want to target from Playa Blanca include snook, jacks, snapper, triggerfish and BIG barracuda. An added bonus to fishing Playa Blanca is access to the wonderful Laguna Santa Rosa, which is famous for its year round juvenile tarpon population, as well as some excellent bonefishing. And occasionally, some truly great snook fishing as well.

Together, Ascension and Espiritu Santo Bay are as close to paradise you will find anywhere from an angling perspective. They possess a unique combination of environments which create the ideal habitat for a wide variety of animal life and sea life. In essence, this southern part of the Sian Ka’an Biosphere Reserve is a great home for game fish. The vast estuary/flats system and adjacent reef are the basis of Playa Blanca’s pristine, highly productive fishery. Shallow water coral species demand a very stable environment with precise water temperature and consistent water depth in order to flourish. This is why large barrier reefs, like the Palancar Reef that parallels Playa Blanca’s coast, are so rare. Palancar is second only to Australia’s Great Barrier Reef in size. The reef itself supplies food and shelter to a huge variety of baitfish and small crustaceans, which in turn attract larger predators. The reef also protects the shore-side fishery from full ocean swells. The coral heads absorb the brunt of the waves, allowing the flats to remain calm even if the reef is being pounded by a storm swell. The lodge itself is perched on the tip of a narrow coastal island on the southern edge of Ascension Bay. It also happens to be in the center of one of the world’s largest protected wild areas…the Sian Ka’an Biosphere Reserve. This pristine reserve covers over 1.3 million acres and completely surrounds Playa Blanca and Casa Blanca. Sian Ka’an has also been designated by the United Nations as a World Heritage Site.

The Playa Blanca skiffs are 16-foot Dolphin Flats skiffs, powered by Yamaha 40 horse powered engines. There is room for 1 guide and two guests, who sit in tandem bucket seats, which are very comfortable. Rod racks and poling platforms are standard in each skiff.

Guests will need to fly into and out the Cancun International Airport. Upon arriving in the Cancun airport you will be processed by Immigration. You will then claim your baggage. Next you will clear Customs. After customs, proceed to the Arrival Area outside. If you are scheduled to fly to Casa Blanca or Playa Blanca on your day of arrival, the lodge’s local representative will meet you in the Arrival Lobby. The Arrival Lobby will be full of tour operators, arriving passengers, and is usually somewhat chaotic. The Casa Blanca or Playa Blanca representative will have a sign printed with “Casa Blanca” and a bonefish. If you do not immediately see him, this means he is transferring other guests to the charter plane and will return shortly. This is a rare occurrence. Do not leave the Arrival Area and attempt to find him. He will find you. The Casa Blanca and Olata Blanca representative will arrange for you and your baggage to be transferred to the General Aviation Terminal by car. The transfer will take less than 5 minutes. You will then board the plane and fly directly to the Casa Blanca airstrip. The flight takes approximately 50 minutes. If more than eight guests arrive in a 2 hour period, the later arriving guests may have a layover of up to two hours in the General Aviation Terminal. The terminal has a very comfortable lounge and small bar which serves drinks and sandwiches. Once guests arrive at the Casa Blanca Airstrip, you will take a short 2 minute boat ride and then be transferred to a waiting truck for the 30 minute drive down to the Playa Blanca Lodge. It’s a really nice ride down and the scenery is absolutely stunning.

Please contact the office for availability and pricing on 5 night 4 day trips. 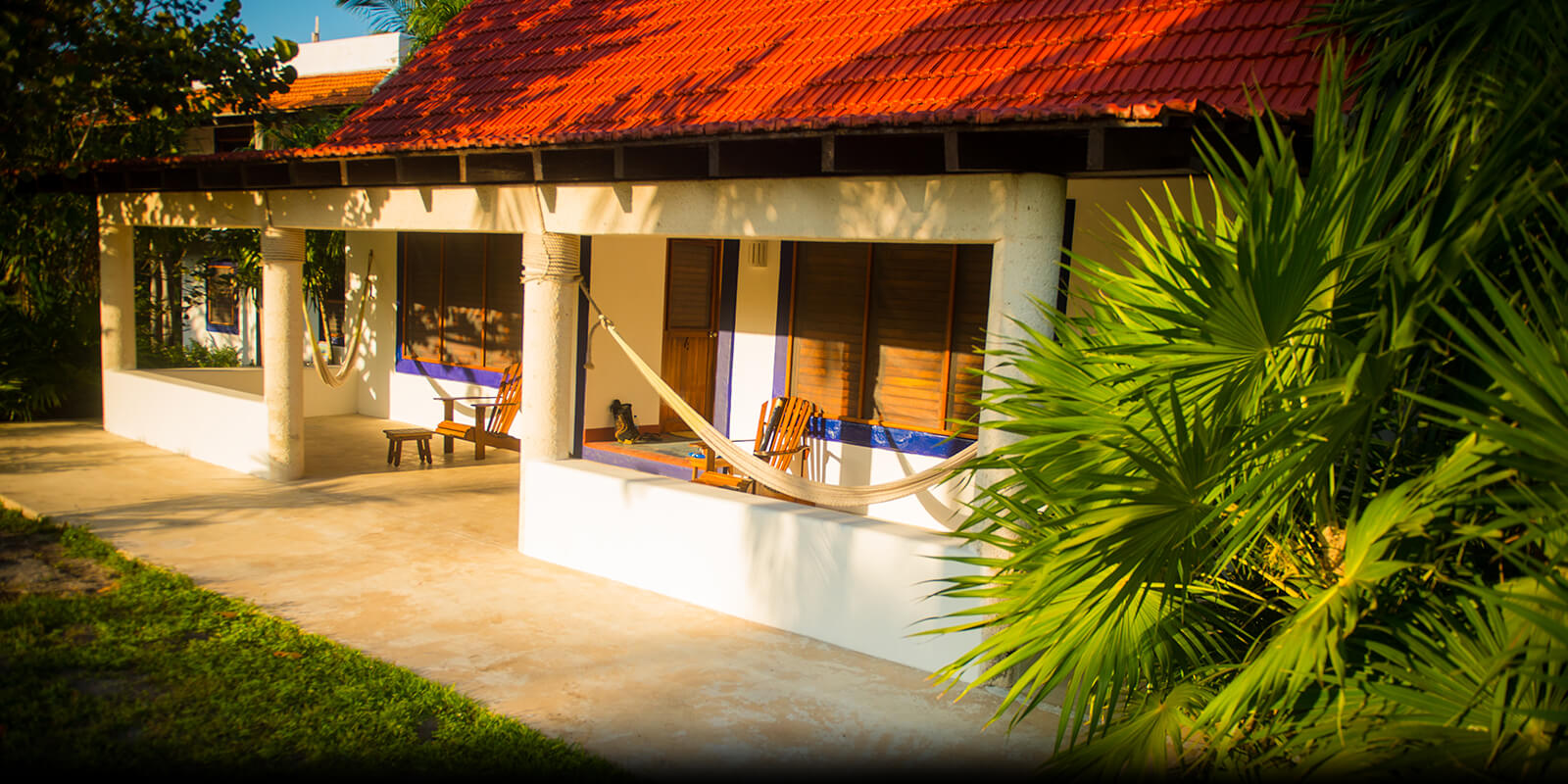 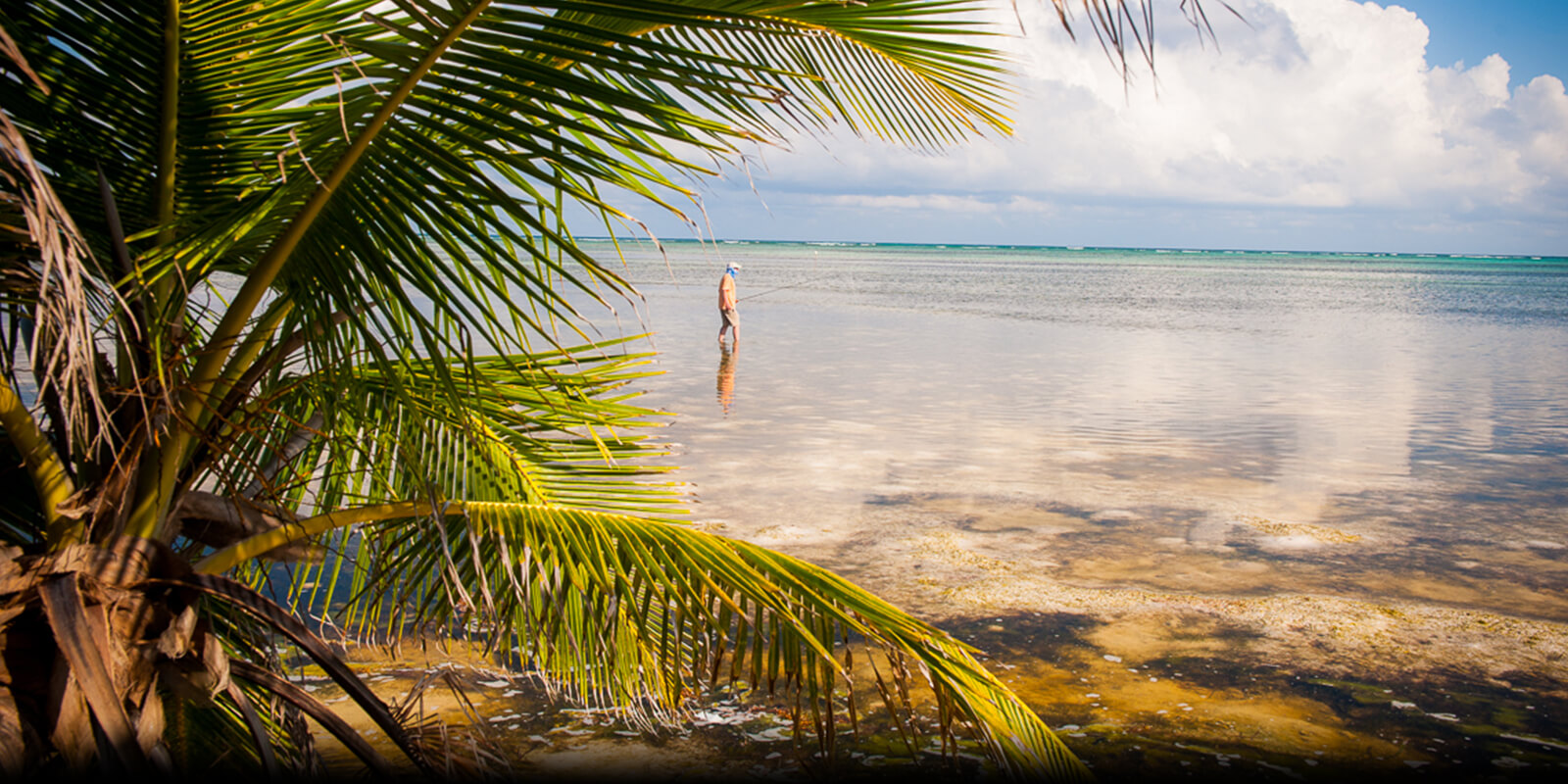 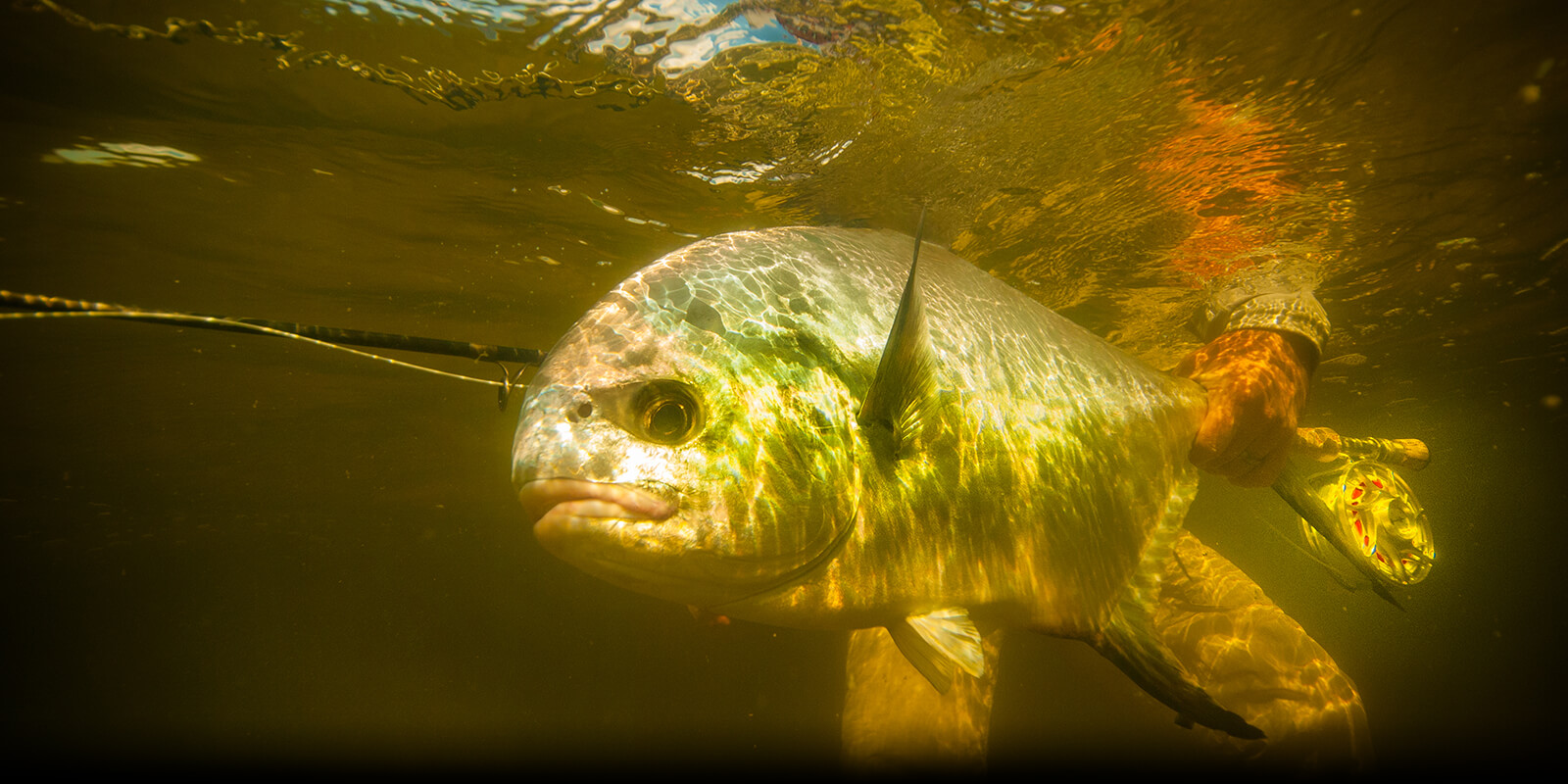 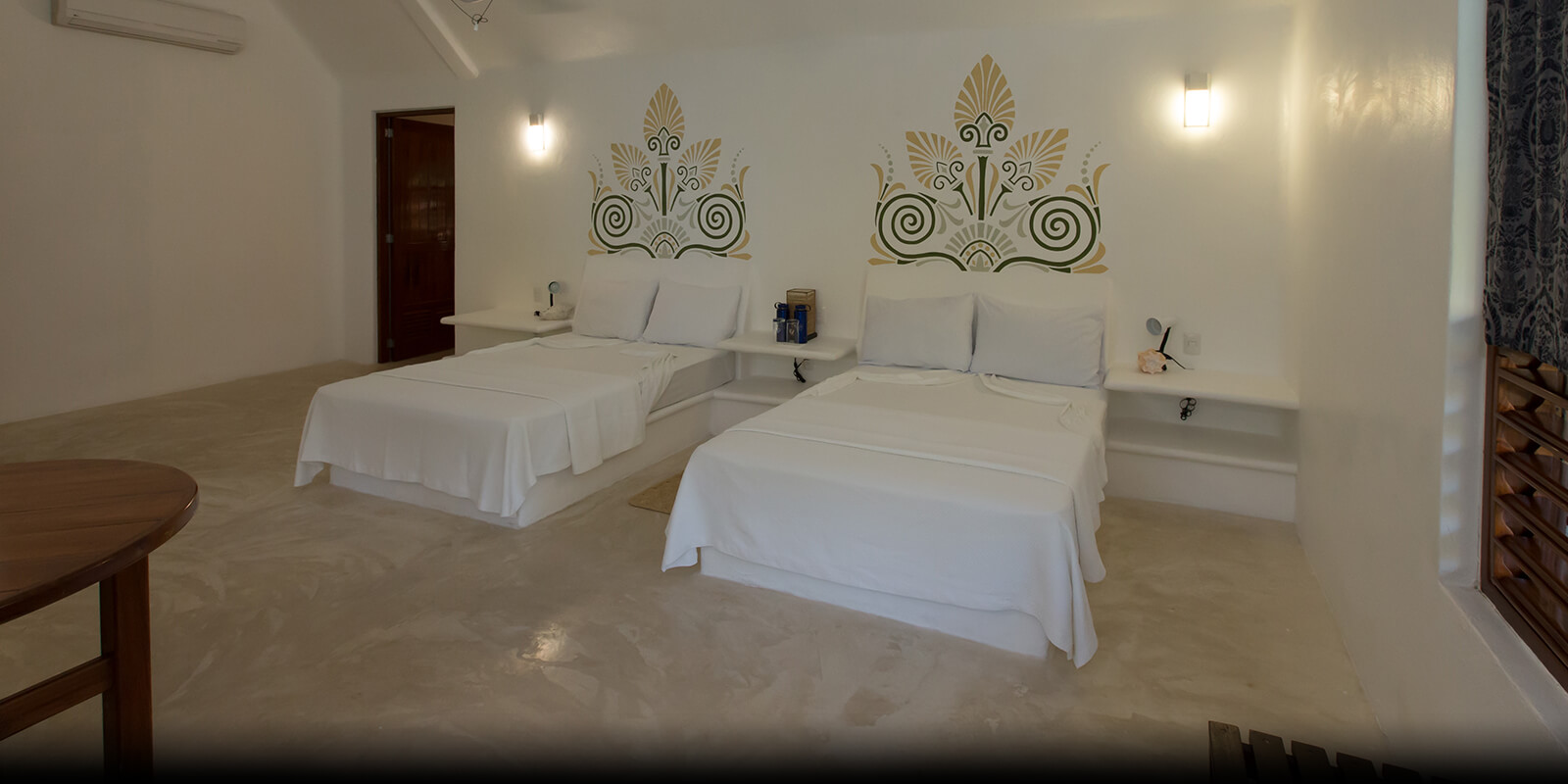 The accommodations at Playa Blanca are understated yet wonderfully elegant. Each thatched roof cabana is open and spacious, with large private bath, and a patio that overlooks the beautiful Caribbean Ocean. Each room comes with either 2 queen sized beds or 1 king and each room is fully equipped with all the modern amenities that traveling anglers have come to expect. The rooms are bright and tastefully decorated and each cabana has its own unique touches and designs. Given the remote location of the lodge, it’s quite remarkable that the accommodations are of such high standards.

American, EU and Canadian citizens require a passport valid for at least six months after date of entry, along with a return ticket. You must supply proof of citizenship to obtain a Mexican Tourist Card and to enter the country. The Tourist Card application is issued at the ticket counter by airlines that fly into Mexico. Just fill it out while in flight and present it along with your proof of citizenship to the immigration officials when you arrive in Cancun. For proof of citizenship you can use only a valid passport (check expiration date). The tourist card will be checked at your first point of entry. The immigration official will retain one copy and give you the other, which you must surrender at the airline ticket counter when you check in for your return flight. Keep your copy (Tourist Card) in your possession during your stay in Mexico. No visas or inoculations are required for U.S, Canadian or EU citizens. A Mexican departure tax is payable at the airport when leaving Mexico. Some airlines include this as a prepaid part of your ticket. Please check with us or your travel agent or carrier to verify this.