The Pamplona bull run takes place at 8am every morning from 7th to 14th July. Runners must be in the running area by 7:30am. The actual run stretches from the corral at Santo Domingo where the bulls are kept to the bullring where they will fight that same afternoon. The length of the run is 825 metres and the average time of the run from start to finish is about three minutes. The streets through the old town which make up the bull run are walled off so the bulls can’t escape. Each day six fighting bulls run the route as well as two herds of bullocks.

The tension builds as the release of the bulls approaches and at 8am on the dot a rocket is fired to confirm that the gate has been opened at the Santo Domingo corral. Runners dressed in white with a red hankerchief around their necks pray to San Fermin then a second rocket announces that the bulls have left. The bulls and the runners then proceed along the route in a spectacle that can only be understood when it is seen first-hand.

The bullfights start each night promptly at 6:30 pm and are usually over by about 8:15 pm. The fights are a very social affair and there is a great deal of cocktailing going on throughout. Once the bullfights are over, the rest of the evening is dedicated to dancing, bar hopping, concerts and sleeping!!!

The bullring in Pamplona is only used during the Festival of San Fermin and there are no other fights scheduled throughout the year. Seats have been passed down through generations of those who live in and around Pamplona and when you factor in demand from visitors to the Festival, demand for seats far outstrips available seating capacity. It’s kind of like trying to get tickets to the World Series game when your home team is in the final. As a result, it is both difficult and quite costly to get tickets during the Festival. However, with enough notice, we can get them.

We have access to several excellent apartments located right in the heart of Old Pamplona, meaning that guests live and play in the midst of this outrageous non-stop party. We can set up several days in Pamplona, from apartments to balconies for the bull run and hard to get tickets to the bullfights each night. For those anglers who are considering fly fishing the Pyrenees during the first half of July, we highly recommend 2-4 days at the Festival of San Fermin. It is an experience you won’t soon forget!

This is a highly social event/spectacle that is often chaotic and always nonstop. 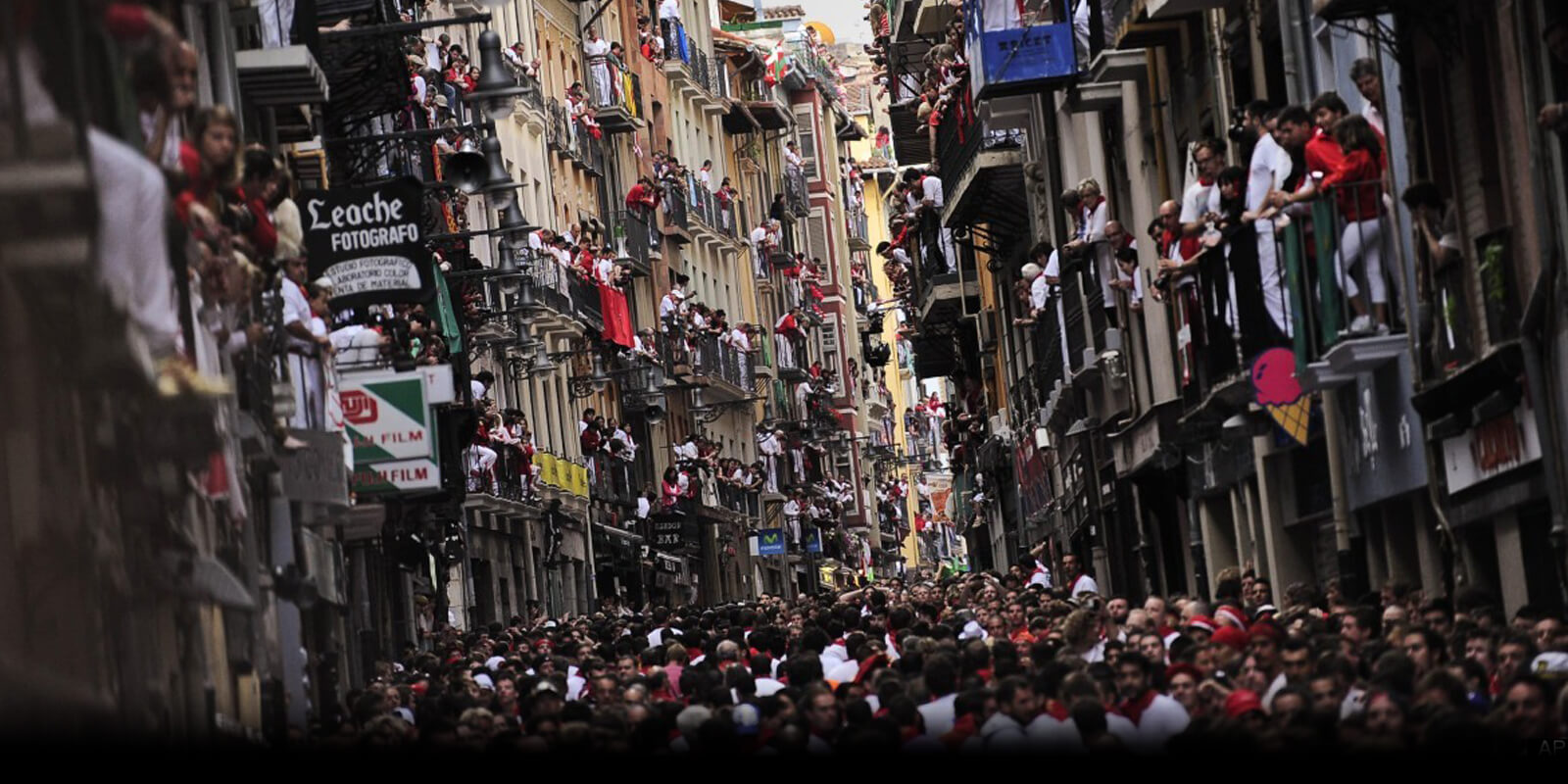 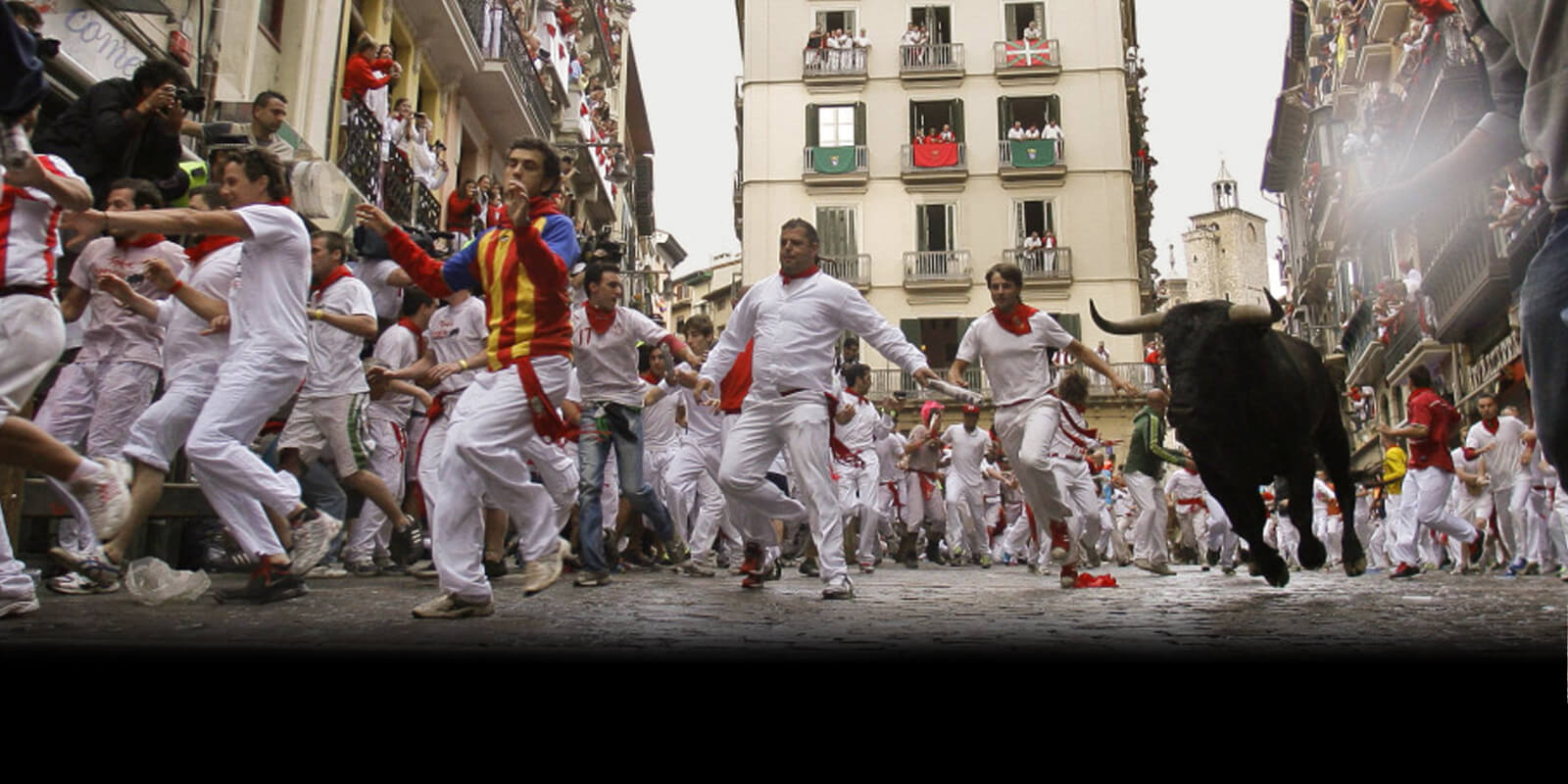 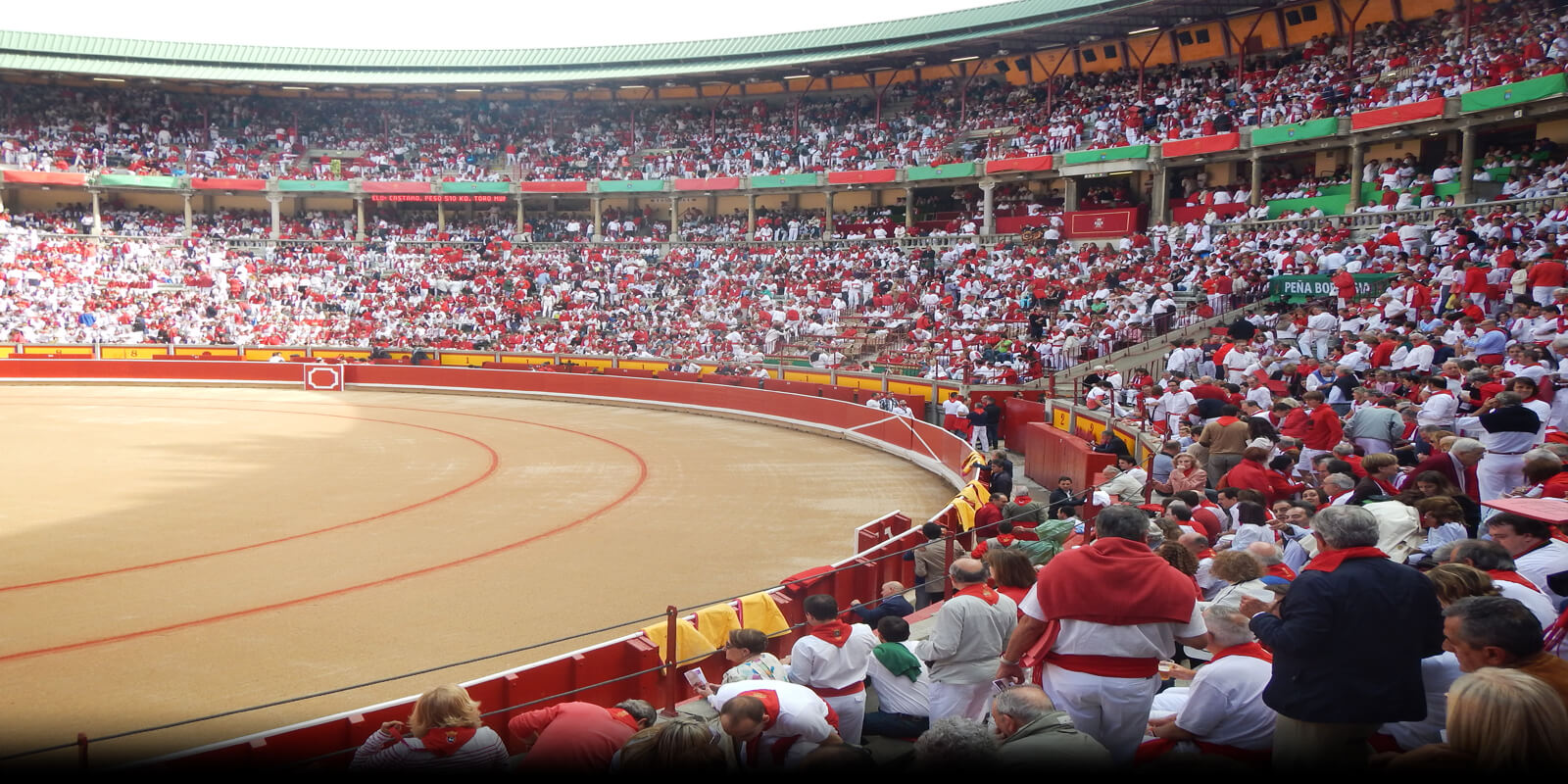 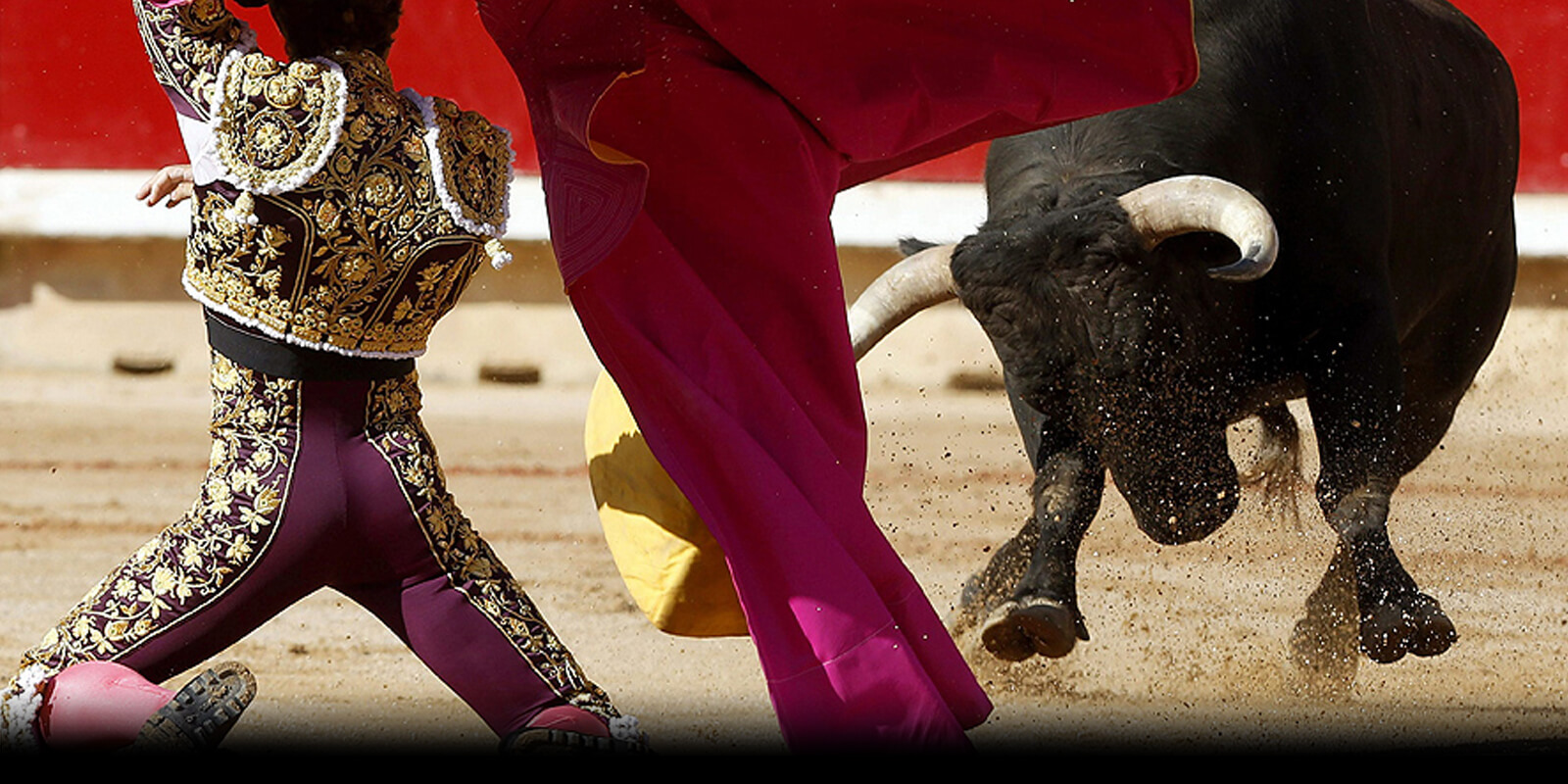 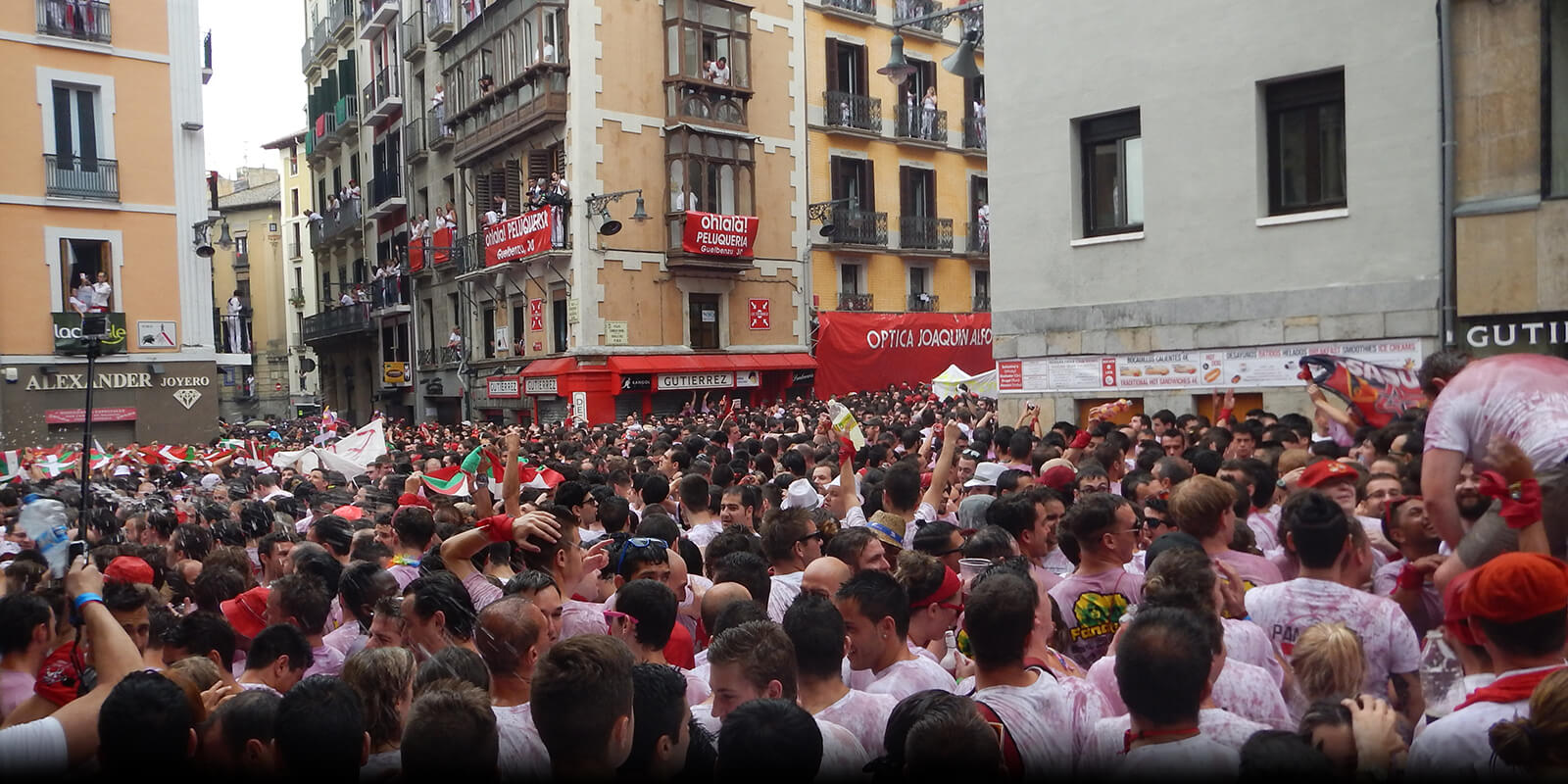 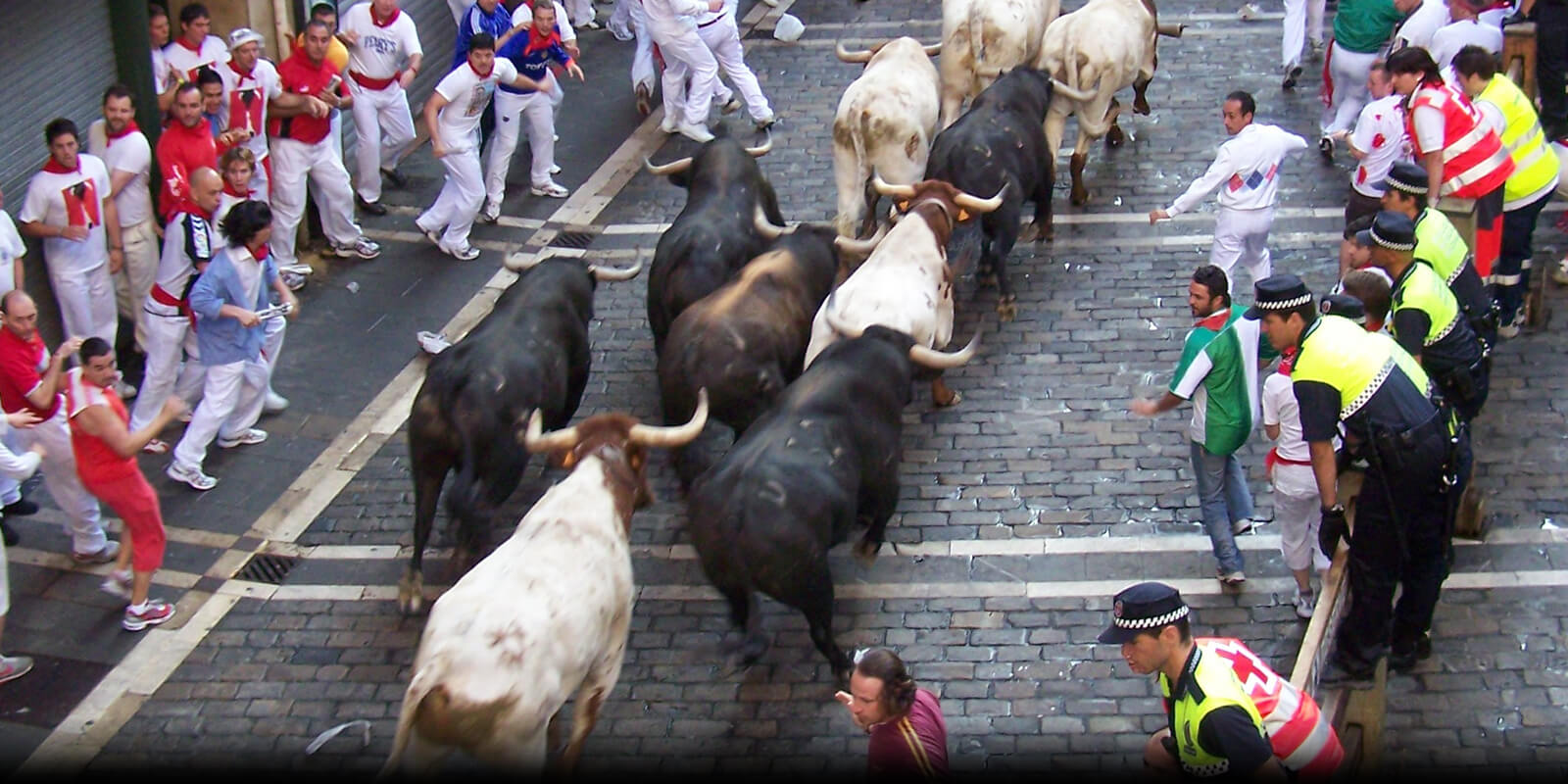 Pamplona’s Running of the Bulls is high on a lot of people’s bucket list. And with good reason! It is one of the most incredible annual experiences found anywhere. Each year, thousands of Pamploneses (people from Pamplona) as well as visitors from all over the world, dressed from head to toe in the traditional immaculate white clothing with red handkerchiefs around their necks, fill the streets of Pamplona to celebrate the festivities in honor of San Fermin known as Los Sanfermines. The festival of San Fermin mixes a variety of contrasts: official and popular culture, religion and profanity, new and old, order and chaos. The celebration kicks off with the launch of a rocket (el chupinazo) in the square of town hall at noon on July 6th and ends nine days later on July 14th.

The Festival of San Fermin, or the Pamplona bull running as it’s more commonly known outside Spain officially begins at midday on 6th July every year with the ‘chupinazo’ which takes place on the balcony of the Casa Consistorial in Pamplona. Thousands of people congregate in the square awaiting the mayor’s official announcement that the fiestas have begun, a rocket is launched and the partying begins.

This street festival gained international popularity after the American author Ernest Hemingway used the celebration as a backdrop for the characters of his 1926 masterpiece “The Sun Also Rises” (“Fiesta” in Spanish). Today, Los Sanfermines continue to be world famous as a place where the brave take the challenge in the Encierro (the running with the bulls). However, San Fermin is not only running with bulls. The streets of Pamplona also come alive with music, fireworks, copious amounts of drinking, folkloric events, dancing, singing and religious ceremonies.