Nestled in the majestic coastal mountains near Terrace, British Columbia, Canada, the mighty Skeena River and its tributaries form the major arteries that fork through stands of old growth forest and steep valley walls. It is in this river system that some of the strongest runs of large, wild steelhead and salmon left in the world return. Each year, steelhead, chinook (Kings), coho (silvers), sockeye, pink, and chum salmon ascend the Lower Skeena from the Pacific Ocean and join the trophy trout and char that reside in rivers year round. It is here that Nicholas Dean Lodge is strategically situated to provide anglers with the best in guided fishing adventures, fine dining, and five star accommodations.

Imagine airing out a long cast with a Spey rod on one of the Kalum River’s best runs for trophy steelhead, or skating a dry fly across the tailout of a boulder-studded pool on the Copper River for its aggressive steelhead. Try tackling the giant chinook of the Skeena River, fish of over 60 lbs that can melt a reel with line spooling runs, or sight fishing for acrobatic Coho as they take your fly in a large swirl; all in the shadow of towering, snow capped mountains and untouched coastal rainforests, where bald eagles, grizzly bears and other wildlife still roam free.

Nicholas Dean Lodge has access to over 50 of the best rivers and lakes in the Lower Skeena region, and the near shore Pacific Ocean throughout the Spring, Summer, Fall and early Winter seasons. In case one river is not fishable, there are many others to choose from.

The highly qualified guides know the Skeena, Kalum, Copper, Ecstall, Kitimat, Bell-Irving, Lower Skeena Tributaries, and Nass River Tributaries intimately, ensuring that guests have the best chance possible at landing one of the many world record fish that migrate upriver each year. The lodge also fishes several remote coastal rivers for the ultimate in wilderness fishing. Places where there are no roads, no development. Only old growth forests, pristine, gin-clear rivers, and large wild steelhead. Steelhead are generally caught with a wet fly based on a leech concept. They can run from 8 to 20 pounds: the Lodge record is 34.

The Salmonid species follow roughly this schedule: Spring Chinook(and Steelhead), March 22 to May 16: Chinook Season, April 12 to August 1: Trophy Chinook, 20-50 pounds, fresh from the sea, July 5 to August 1: Summer Steelhead and all Five Salmon Species, August 2 to 29: Fall Steelhead and Trophy Coho, August 30 to Oct 31. There are early-winter Steelhead from November 1 to 21. Helicopter fishing, to remote or ocean runs, goes through the year, April 12 to Nov 21. The daily schedule includes Breakfast at 7:00am: 8:30am to 5:30pm fishing: 7:00pm dinner, and 9:00pm bed.

Guests will fly into Vancouver, British Columbia International Airport. Most major USA west coast cities have direct flights, as do Canadian cities and European and Asian cities. From Vancouver, guests will fly either Air Canada or Hawk Air direct to Terrace, which is about a 1 and 30 minute flight. 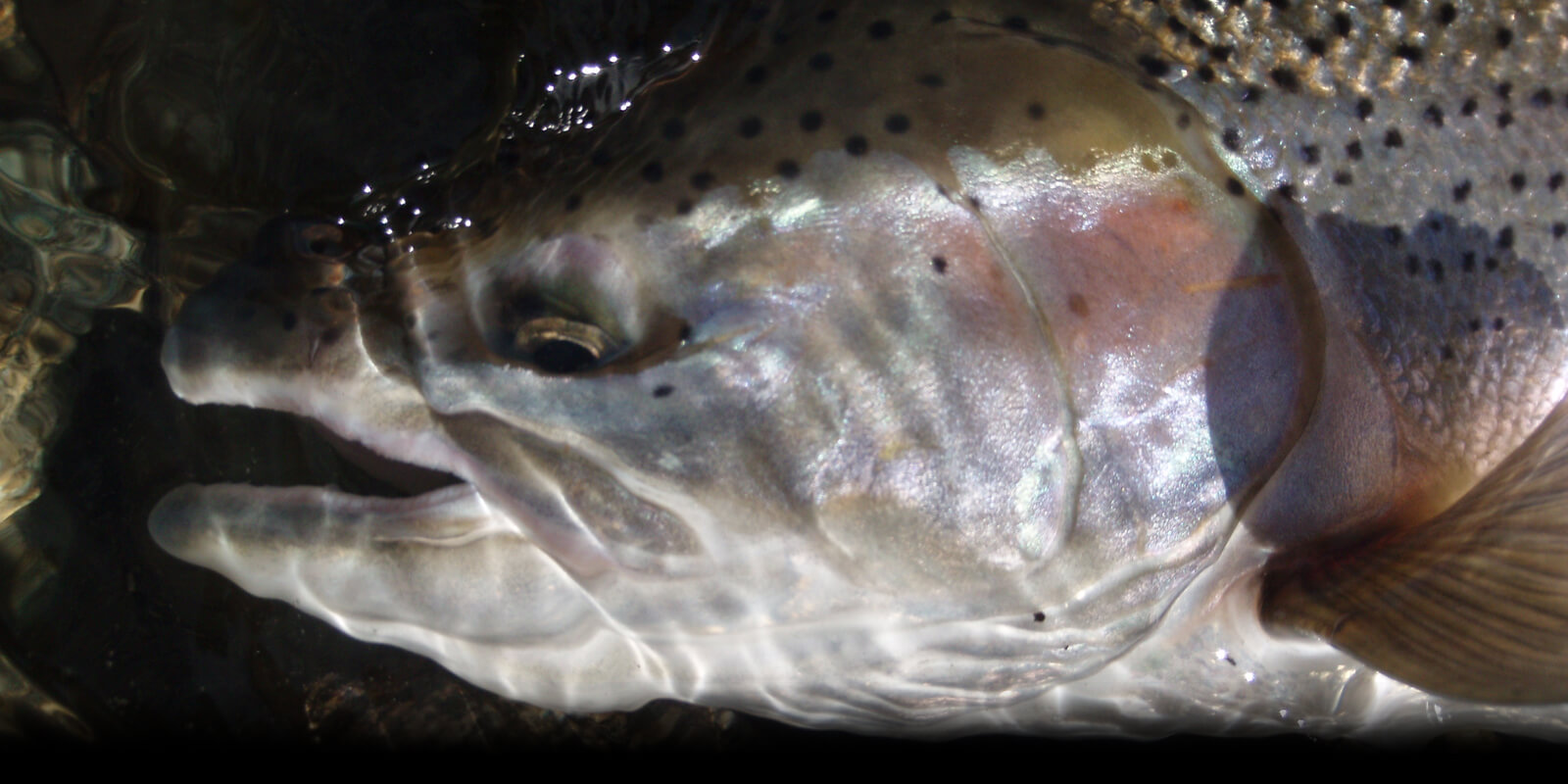 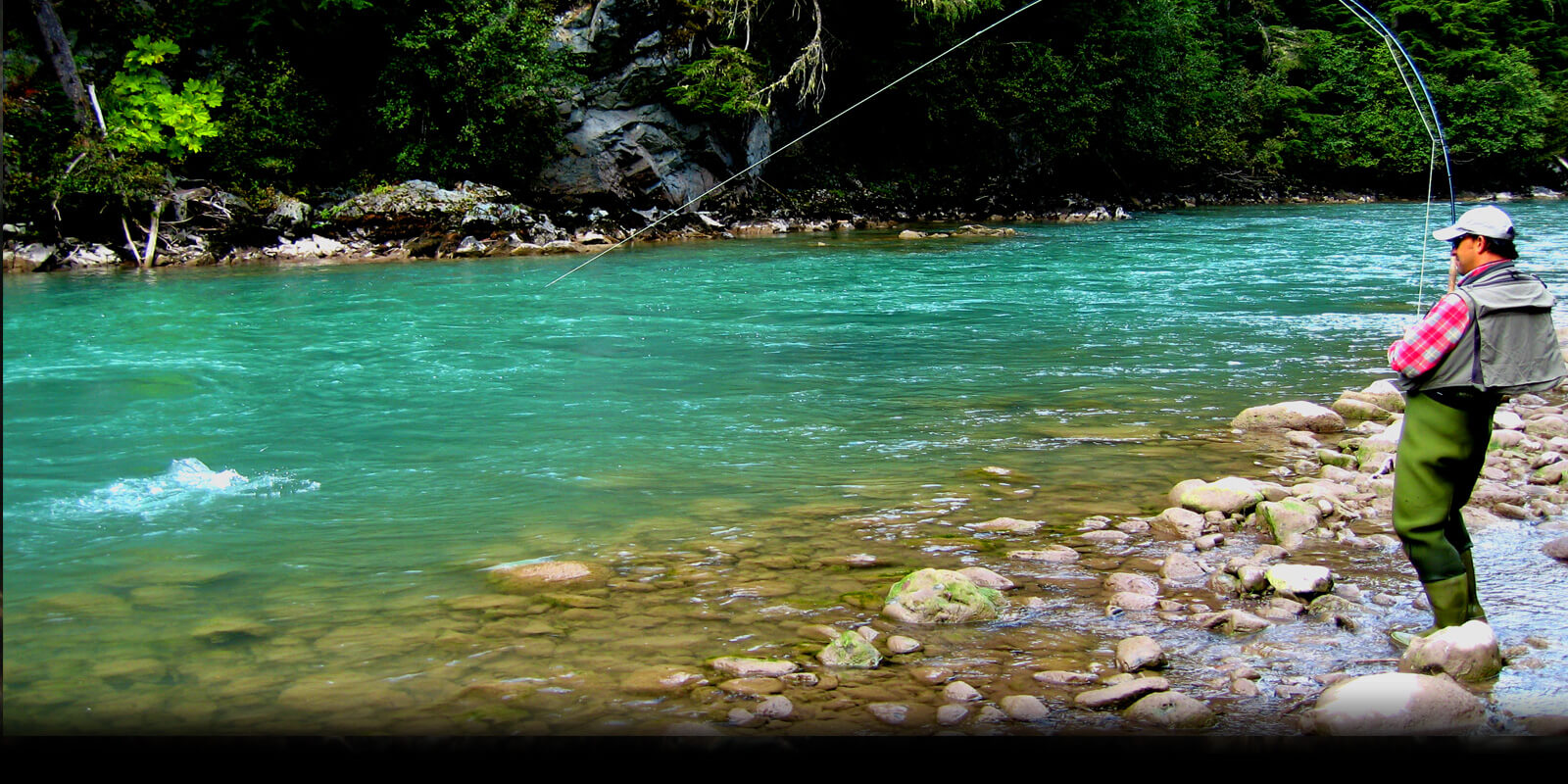 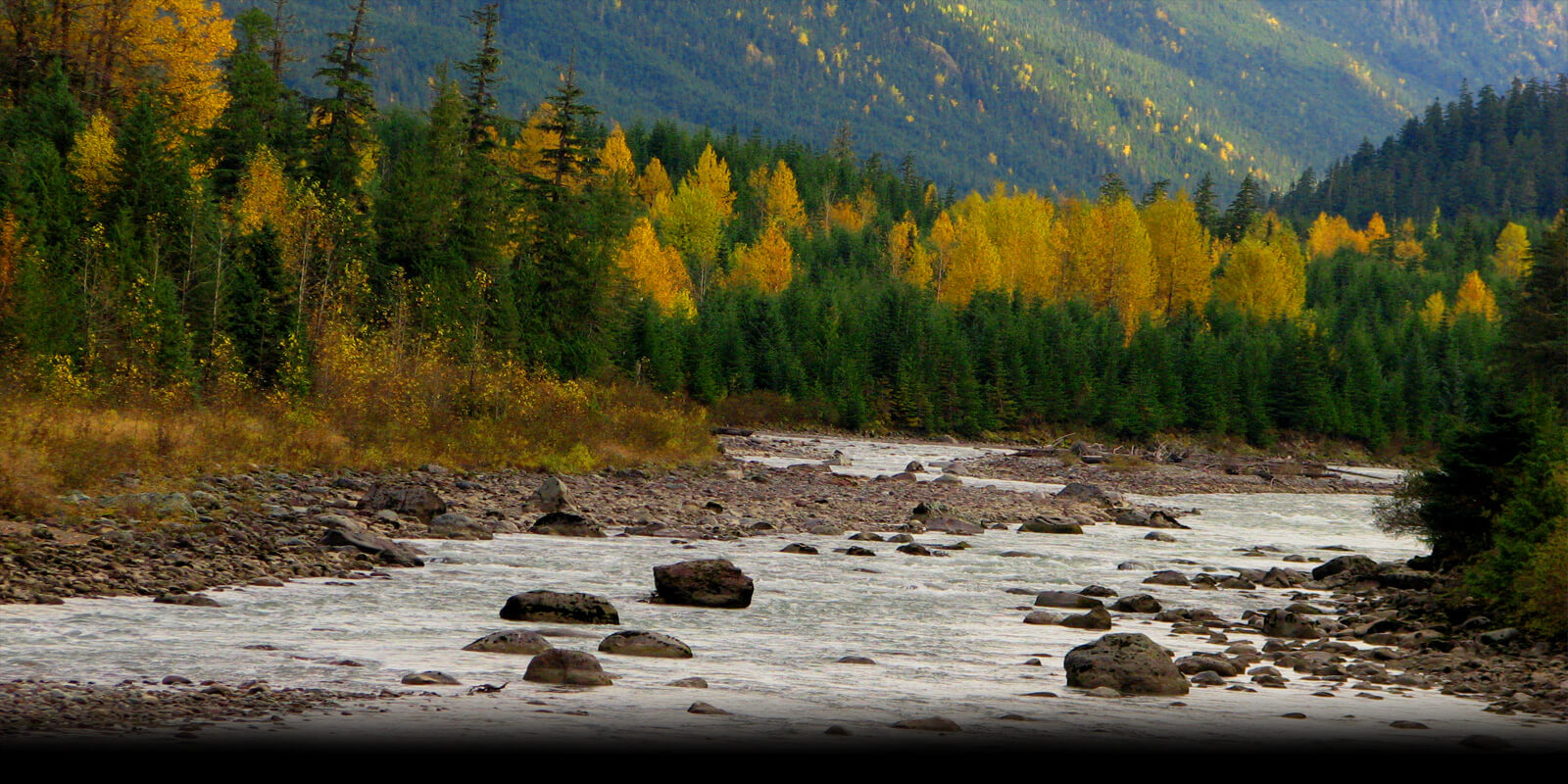 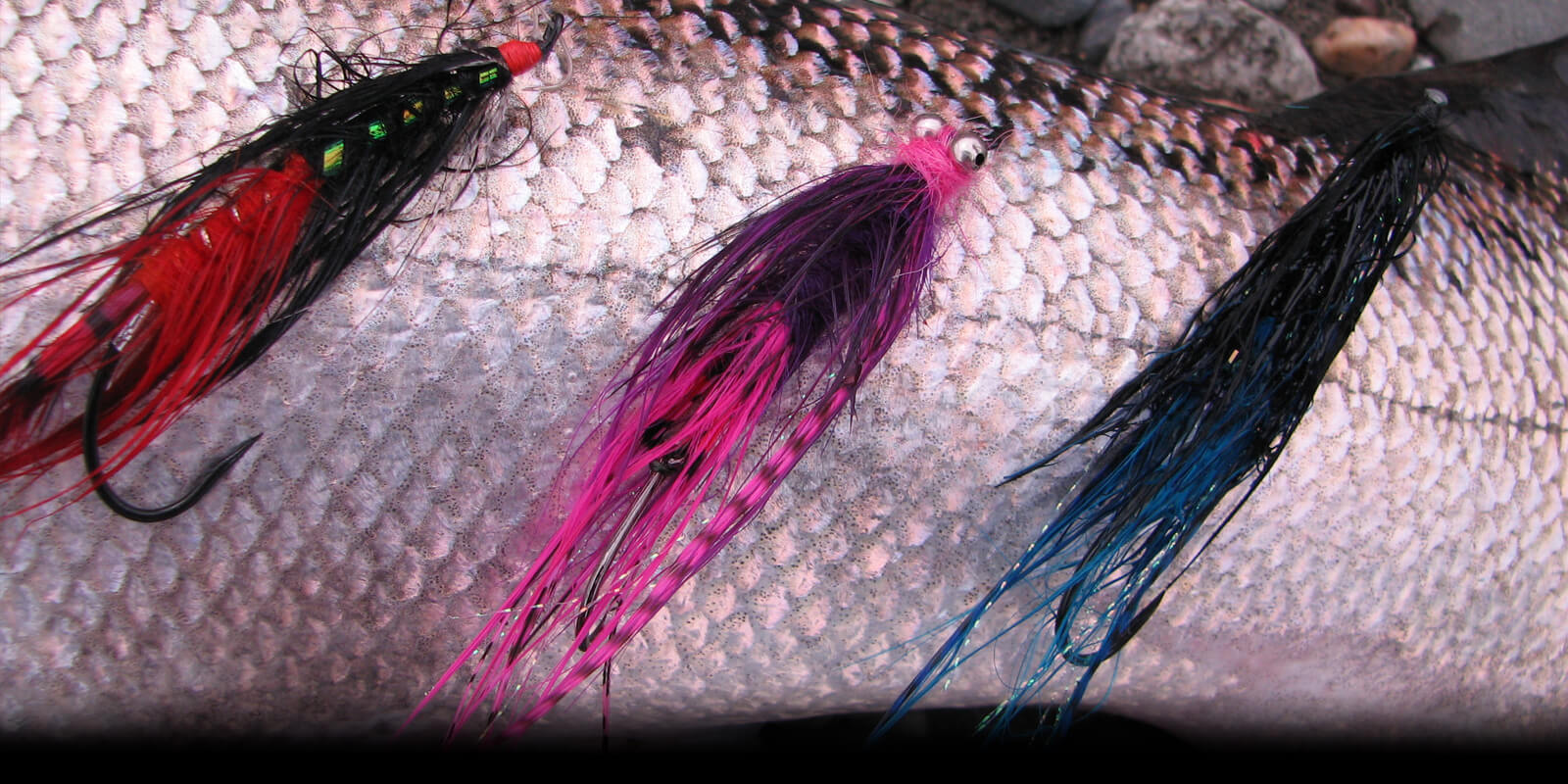 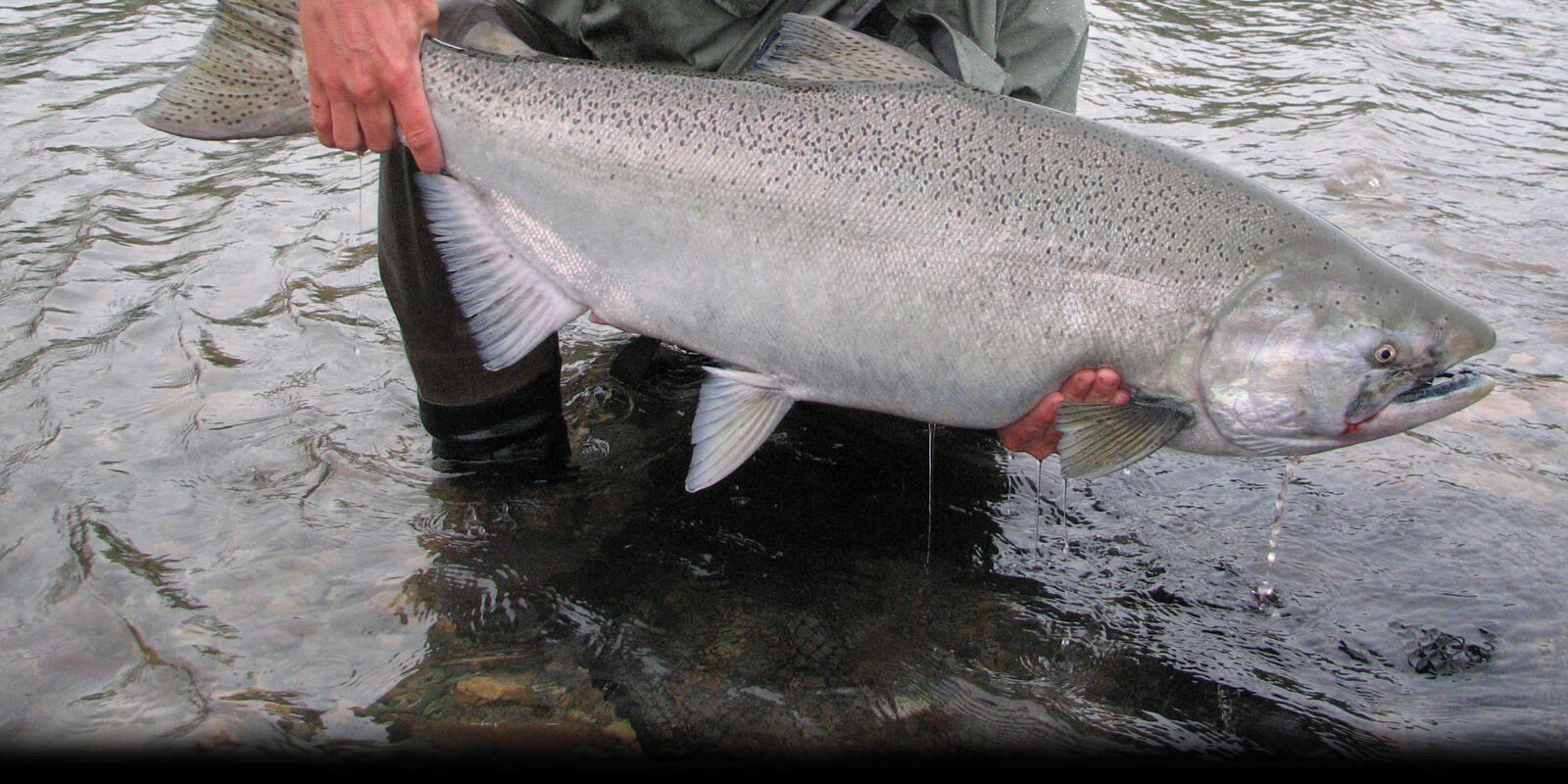 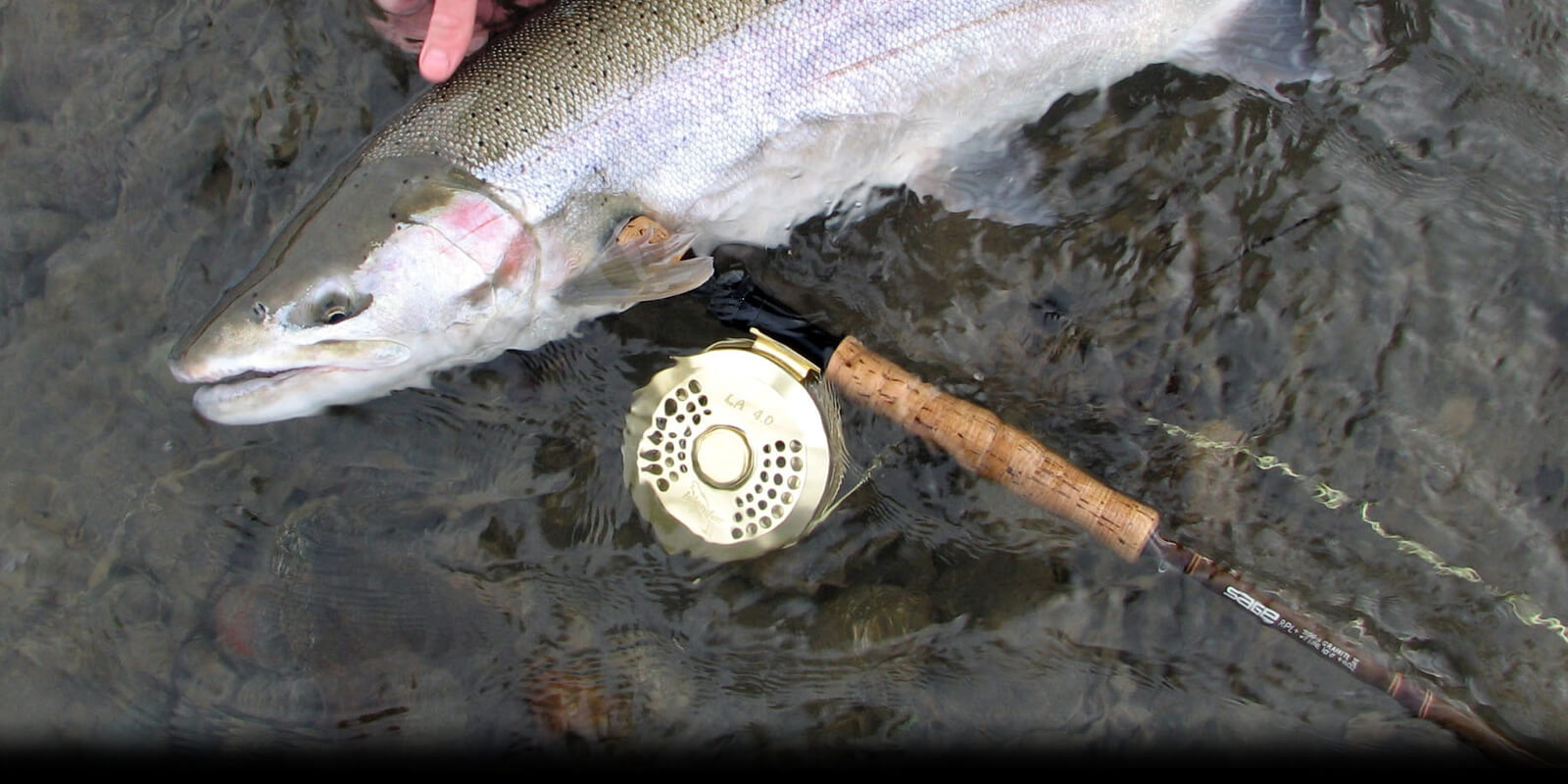 Terrace, British Columbia, on the Skeena River, near Prince Rupert, close to the Alaskan border

Early March to mid-November. The Lodge is generally closed from mid-November to early March, but they do occasionally host winter adventures with enough advance notice.

Nicholas Dean Lodge, now operating out of Yellow Cedar Lodge (starting April 20, 2009), is set just off the Skeena River on the outskirts of Terrace, BC. The lodge is a spectacular chalet-style facility crafted out of yellow cedar posts and beams, giving it a modern, luxurious appeal that is second to none in Northern B.C. Set amongst impressive mountain views and a thrilling wilderness setting, the Lodge is an ideal location to relax and enjoy fine dining after a great day’s fishing.

At the Lodge, you will find a mixture of private single and double bedrooms, a bar and games room, lounge, gym and cardio equipment room, sauna, hot tub, wrap-around porch, and a large dining area and bar, great for sharing those daily fishing stories with old friends and new. Accommodations at Yellow Cedar Lodge are first-class, clean and very friendly, designed with clients in mind - we know that you will enjoy yourself immensely for the duration of your trip. The Lodge features a number of single and double bed rooms, each with en-suite washroom and shower facilities for your comfort. Each room is furnished with comfortable beds, feather duvets and pillows, closets, dressers, and reading lights.

The main dining area in the Lodge features two large cedar tables under a high, vaulted ceiling, where you can sit and enjoy a glass of wine with dinner. Located beside the dining area is a full-service bar, where you can sample house wines, sip on a glass of scotch, or exchange stories about the ‘big one that got away’. Above the dining area and bar is a lounge complete with comfortable leather sofas and a high definition television. After your gourmet dinner, you may consider taking advantage of the lodge’s many amenities. The hot tub and sauna are a great ways to warm up after a long day of wading in a cold river, and playing a game of darts or pool in the games room with friends is a popular pursuit.

For those warm summer nights, many guests enjoy sitting on the large wrap-around porch with a cigar or two, while taking in the impressive mountain vistas and dazzling sunsets over the Skeena. A gym and equipment room is also available, if you’d like to keep up with your workout routine while away from home. Cuisine at the Lodge is top-notch, supervised by ‘Red Seal’ chef Al Leslie. For lunch there is a ‘Lunch Bar’, where anglers can pick and package a customized lunch, to take out on the river.

8-10 anglers in the summer, and 6-8 in spring and fall. Waiting lists are usually long, it’s a good idea to think about reserving at least a year in advance.
Canada - British Columbia

US and EU citizens must have a valid passport. There are no visa requirements for American or EU citizens. International visitors to Canada (not U.S. or EU citizens or U.S. permanent residents) must carry a valid passport and, if required, a visa. Citizens from the United Kingdom, France, Germany, Mexico, Japan, the Republic of Korea, Australia and others do not require a visa to enter Canada. Visit the Citizenship and Immigration Canada website at www.cic.gc.ca for a complete listing of countries whose citizens require visas to enter Canada.