From an angling perspective, it matters not whether you fly fish or use conventional gear, the Golfo Dulce has it all. It’s a rare occurrence when a body of water can offer two completely different and yet stellar fishing environments. This is part of what makes fishing at Crocodile Bay Lodge so special.

Inshore – the Golfo Dulce (Sweet Gulf) Roosterfish and cubera snapper are the main attraction, but the waters along the beaches and the Golfo Dulce add to the variety. Snook roam the beaches as well as the rivers. A dozen other types of snapper, grouper, amberjack, bluefin trevally, sharks and barracuda cruise the reefs. Giant schools of bonito bust bait in the gulf, great game for a fly rodder. What makes the fishing unique in this area is the Golfo Dulce itself. On the mainland side of the gulf, the mountains seem to melt into the emerald water. The volcanic structure continues underwater creating habitat and feeding grounds for the finned residents. The Rio Esquinas enters the northwest corner of the gulf in a massive estuary system of creeks and mangroves. The drop off at the river mouth quickly falls to more than 200 feet in depth, creating an ambush point for roosterfish, jack crevalle, snook and snapper. The puerto Jimenez side of the gulf is made up mostly of mangrove shoreline.

Two volcanic reefs lay in the shallows offshore. One is nearly a mile long. Small cubera snappers in the 5 to 10 pound range jump all over a topwater plug worked over the rocks. Roosterfish to fifty pounds patrol these same mirrored waters, though they prefer a frisky live bait.

Matapalo Rock at the mouth of the gulf acts as a reference point for the blue water angler. “So many degrees” and “so many miles” off the rock is the common terminology used when talking about locating fish. The rock also has been described as an “underwater Jurassic Park.” It produces snapper so big you could never turn them on conventional tackle. Large schools of amberjack, massive goliath grouper, and sharks call it home. On rare occasions, anglers trying for roosterfish are surprised when a mako shark takes to the air after swallowing a bait.

Offshore – it is the dance of the sailfish and the lightning speed of the marlin that that attract most anglers to the Osa Peninsula. It is not uncommon to raise more than 20 billfish in a days’ fishing. Most dorado coming back to the dock for dinner are over 30 lbs with Tuna always plentiful. You can likely catch a billfish any day of the year, with January through April the top months for marlin and sailfish along this region of the southern coast. There is also a good showing of marlin in August and November, while months during and just after the rains produce more dorado, as the debris washed out of the rivers forms the inshore trash lines they feed under. Football-size tuna are almost always present and sometimes those that top out at 300 pounds.

Marlin – The “lady in the blue dress” or Blue Marlin is the most common of Crocodile Bay’s marlin species and they cruise the Osa Peninsula’s cobalt waters year round. They peak in November and December as well as March and April. Black Marlin are most abundant in July and August and few Striped Marlin are around at the same time.

Sailfish – Again year round when a half dozen are common any day of the year. From November to May the numbers increase and days of 12 fish or more are common.

Dorado – Any day of the year, common January through May and very abundant November and December.

Tuna – Yellowfin is the main species. The big boys, those 100 to 300 pounds can test your back any day of the year if you are lucky enough to come across a school of porpoises offshore. The big Tuna swim with them and the feed on the same baitfish. “football” size tunas hang around floating debris or peak in schools in July and August and November and December. No wonder the Marlin peak at the same time.

Wahoo – a Wahoo can surprise you any day of the year but are not common in this area.

The standard boat package feature 24-foot center console Boston Whaler “Outrage” boats. The 240 Outrage is a deep V hull boat that is well suited for both inshore and offshore fishing. Its beam provides 360-degree fishing for up to four avid anglers. There’s plenty of storage space on board for everyone’s gear, as well port and starboard fish boxes to hold the days catch if you want to bring some fresh fish back to the lodge. Dual Yamaha 150 Outboard Engines provide all the power required for quick turns and some of the more remote areas where a longer run might be required.

There are daily flights to San Jose from Miami, Houston and Dallas. Guests will fly into the capital city of San Jose where you will be met by a Slipstream Angling representative as soon as you’ve cleared customs. You will then be driven into downtown San Jose where you will spend the night at the Sleep Inn, which is located in the heart of San Jose’s entertainment district. Early the next morning, guests will be picked up in the lobby of the hotel for the shuttle ride out to the Nature Air terminal, which is located just down the road form the International Airport. Depending on your time of international arrival and departure into/from Costa Rica, if desired, it may be possible to eliminate your overnight in San Jose. The last flight down to the lodge in the high season (Dec 1-April 20) departs at 3:15 pm and in the low season (April 21-Nov 30) departs at 10:45 am. You would need to arrive at SJO three and a half hours prior to those departure times to make the flight down to Crocodile Bay Resort.

From Puerto Jimenez back to San Jose the earliest flight departs at 7:00am and arrives in San Jose at approximately 8:10am year round. If your connecting flight back to the states departs after 11:00am, you will be able to avoid a San Jose Hotel sleepover for your final night.

From December 1 to April 20th the last flight back to San Jose is 4:30pm each day. It is possible to fish from 7:00am until 3:15pm, a regular fishing day, before you depart Crocodile Bay Lodge. 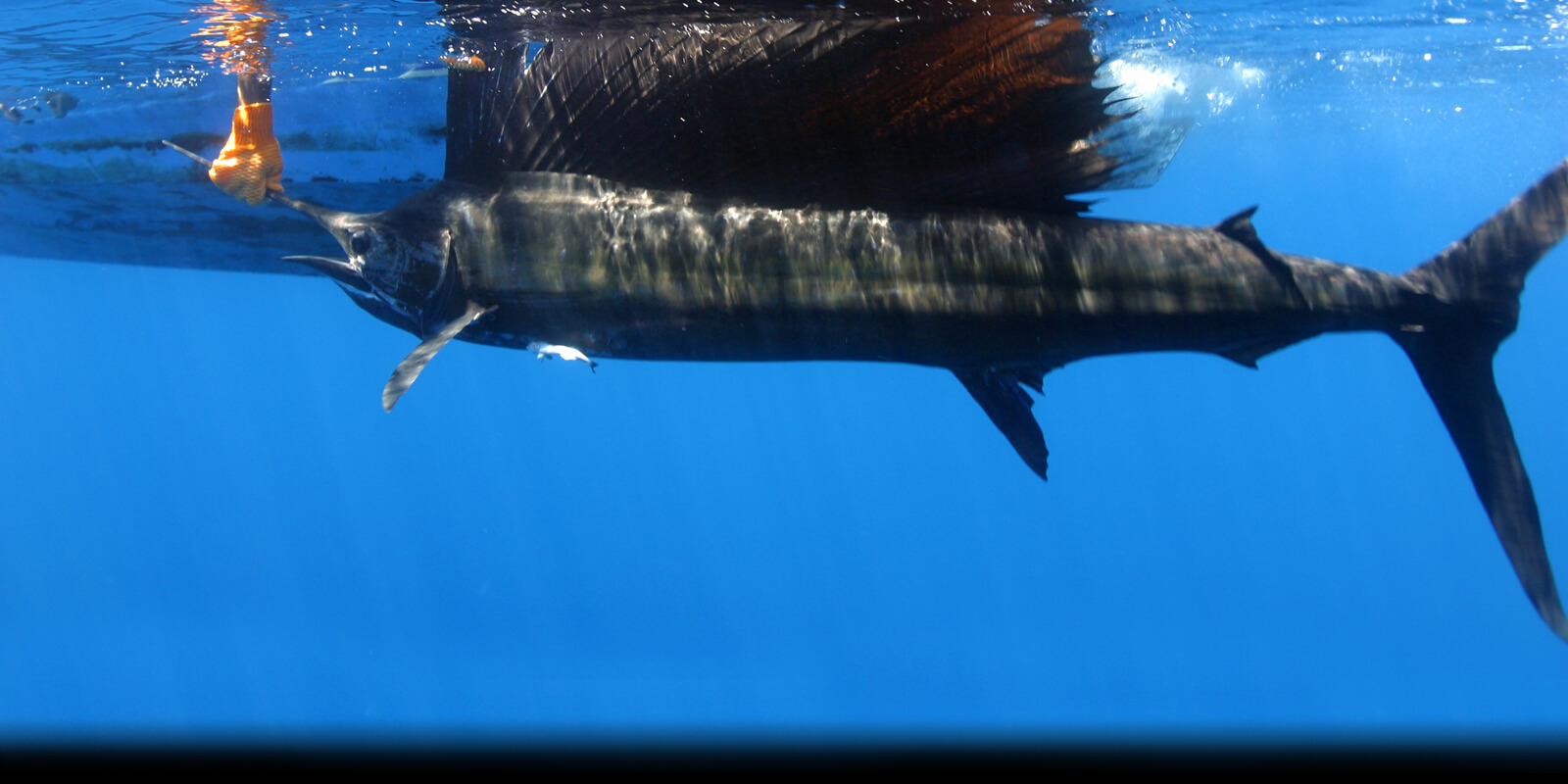 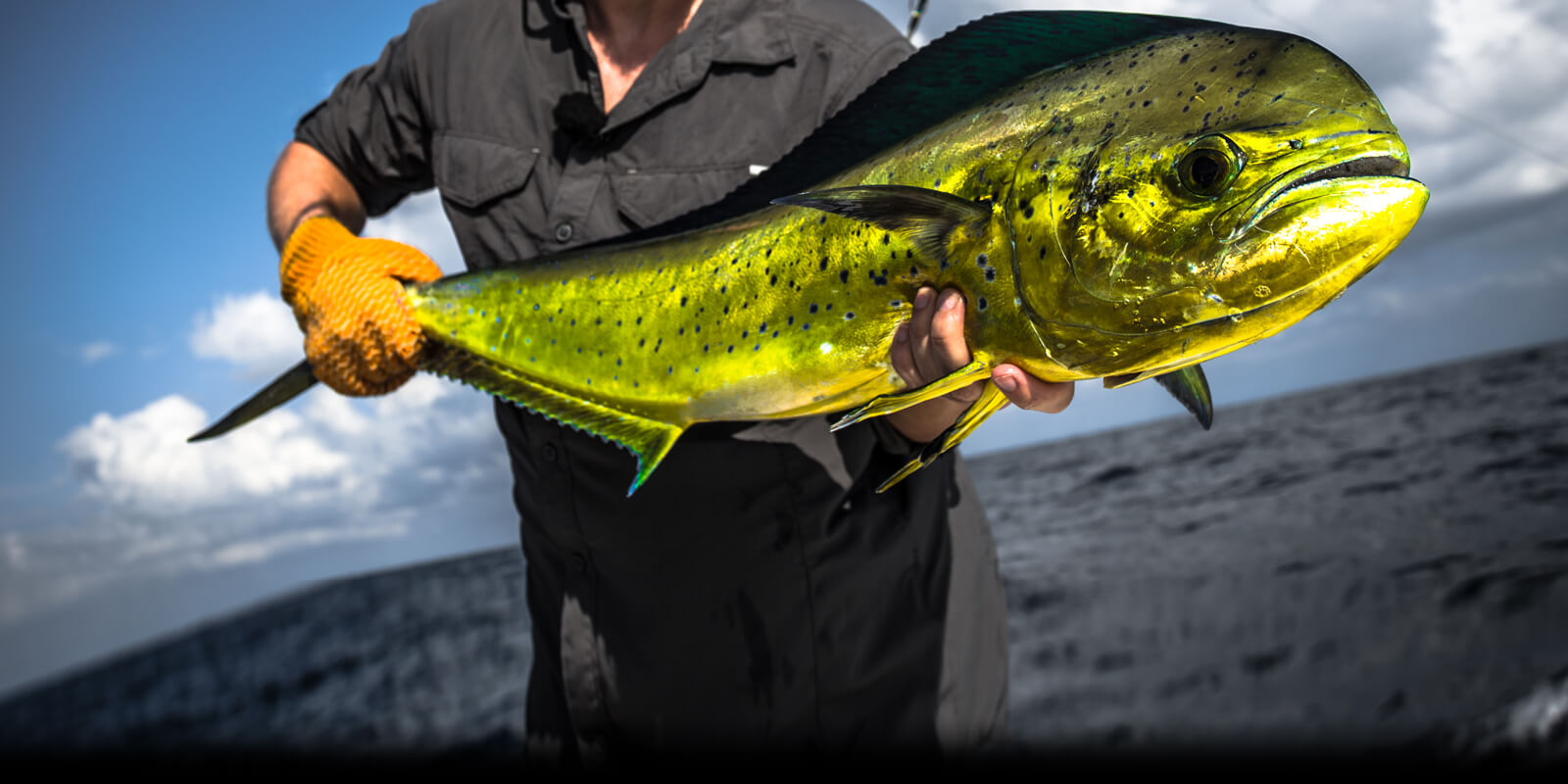 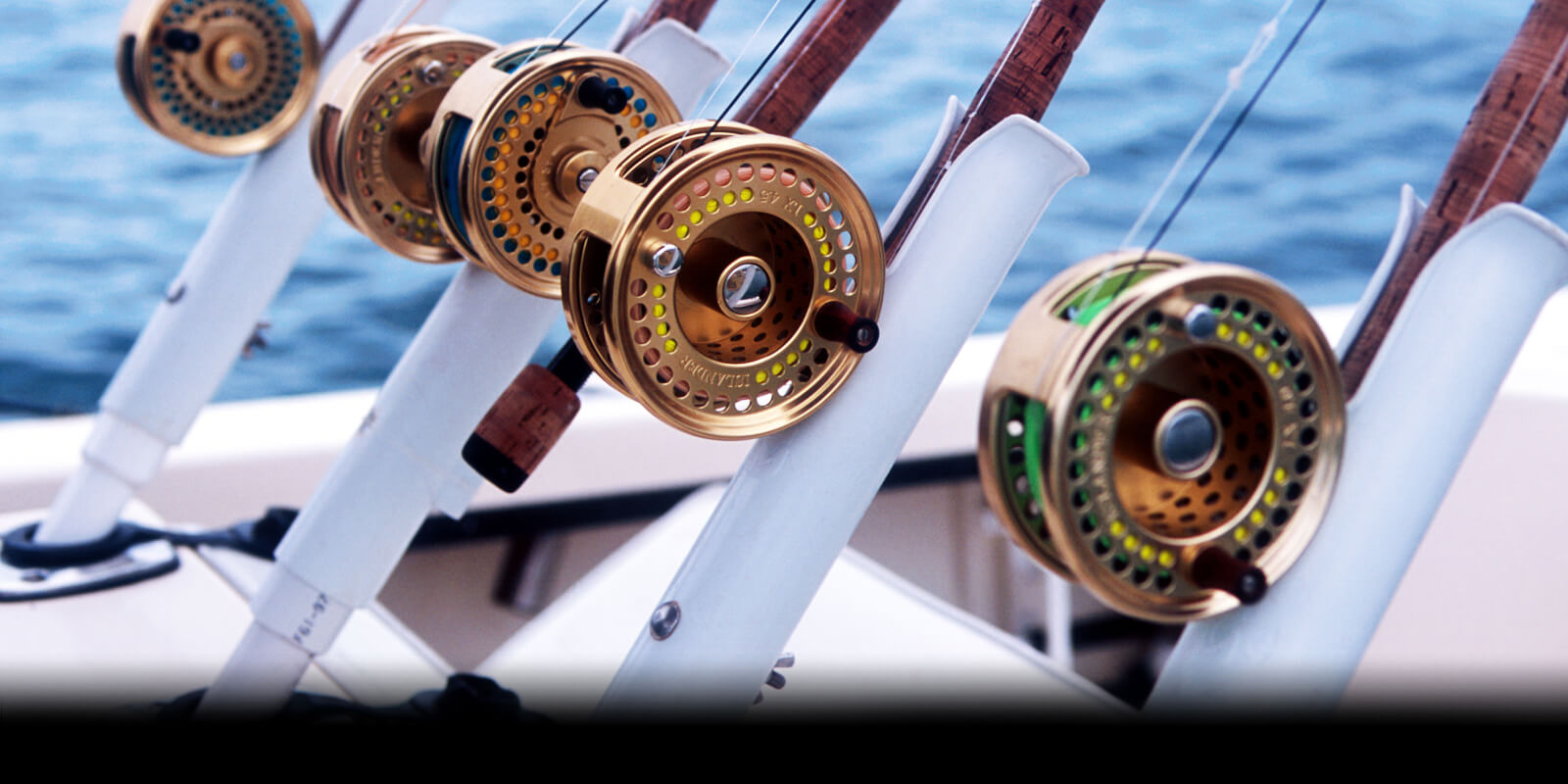 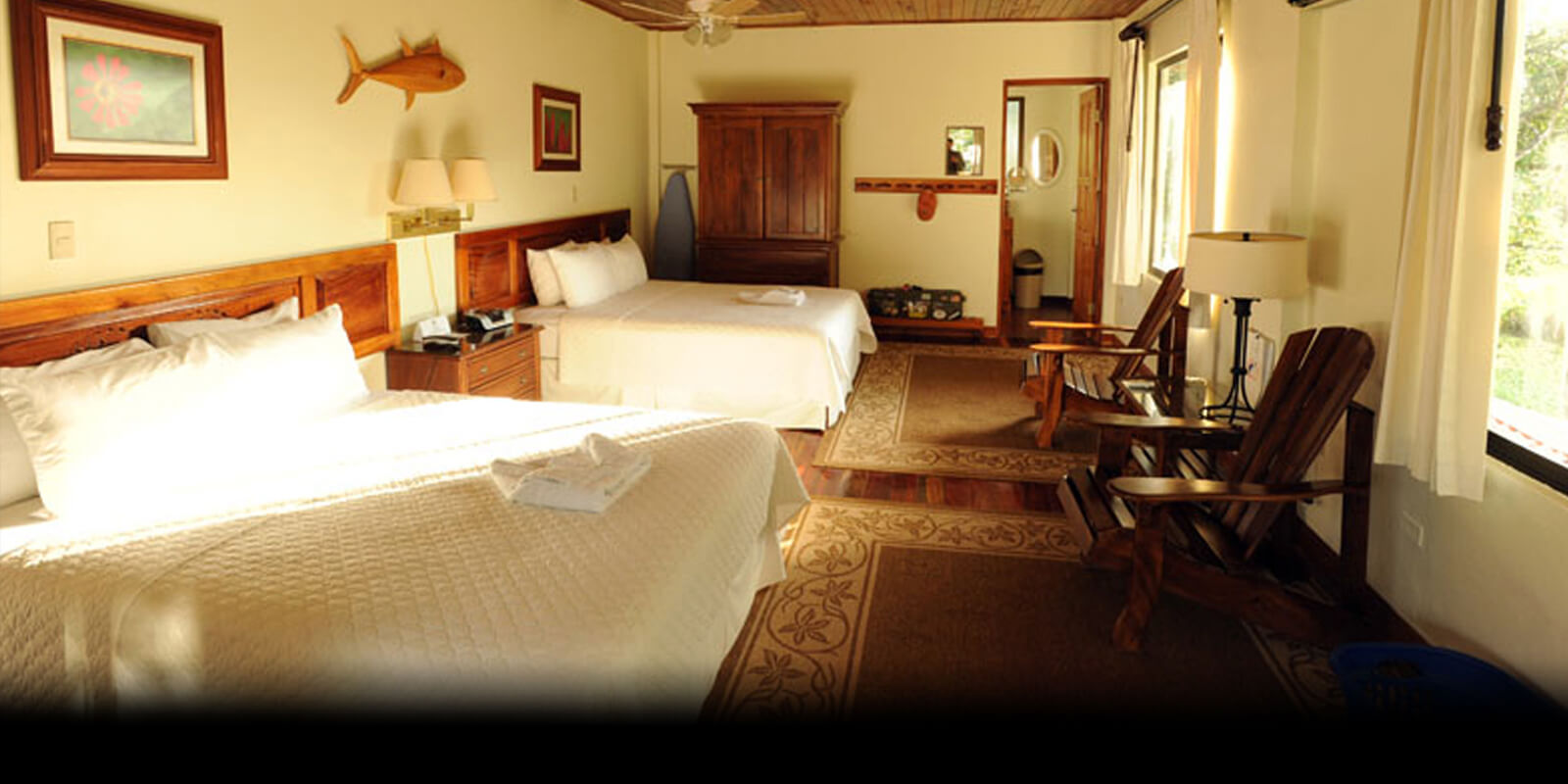 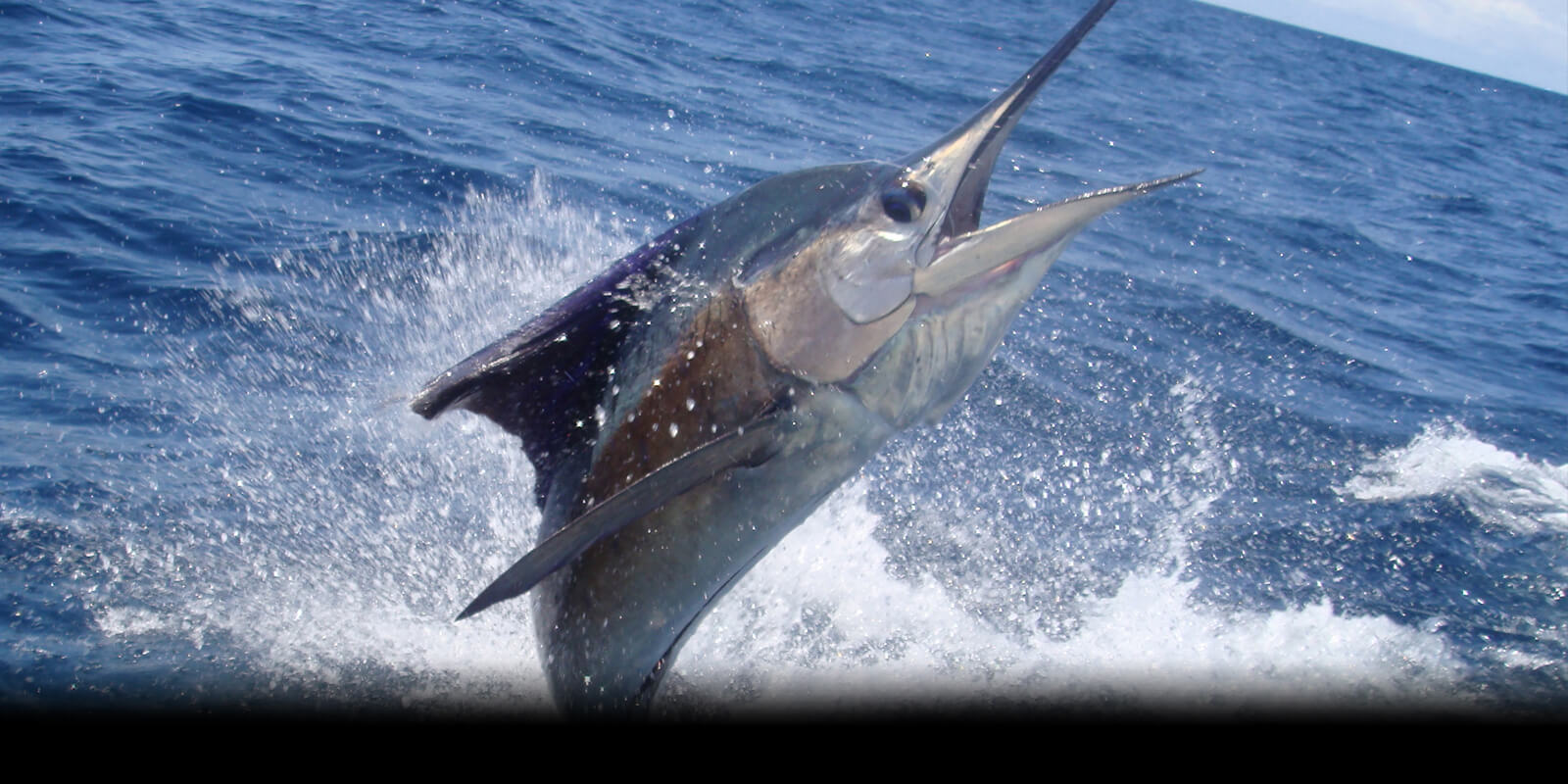 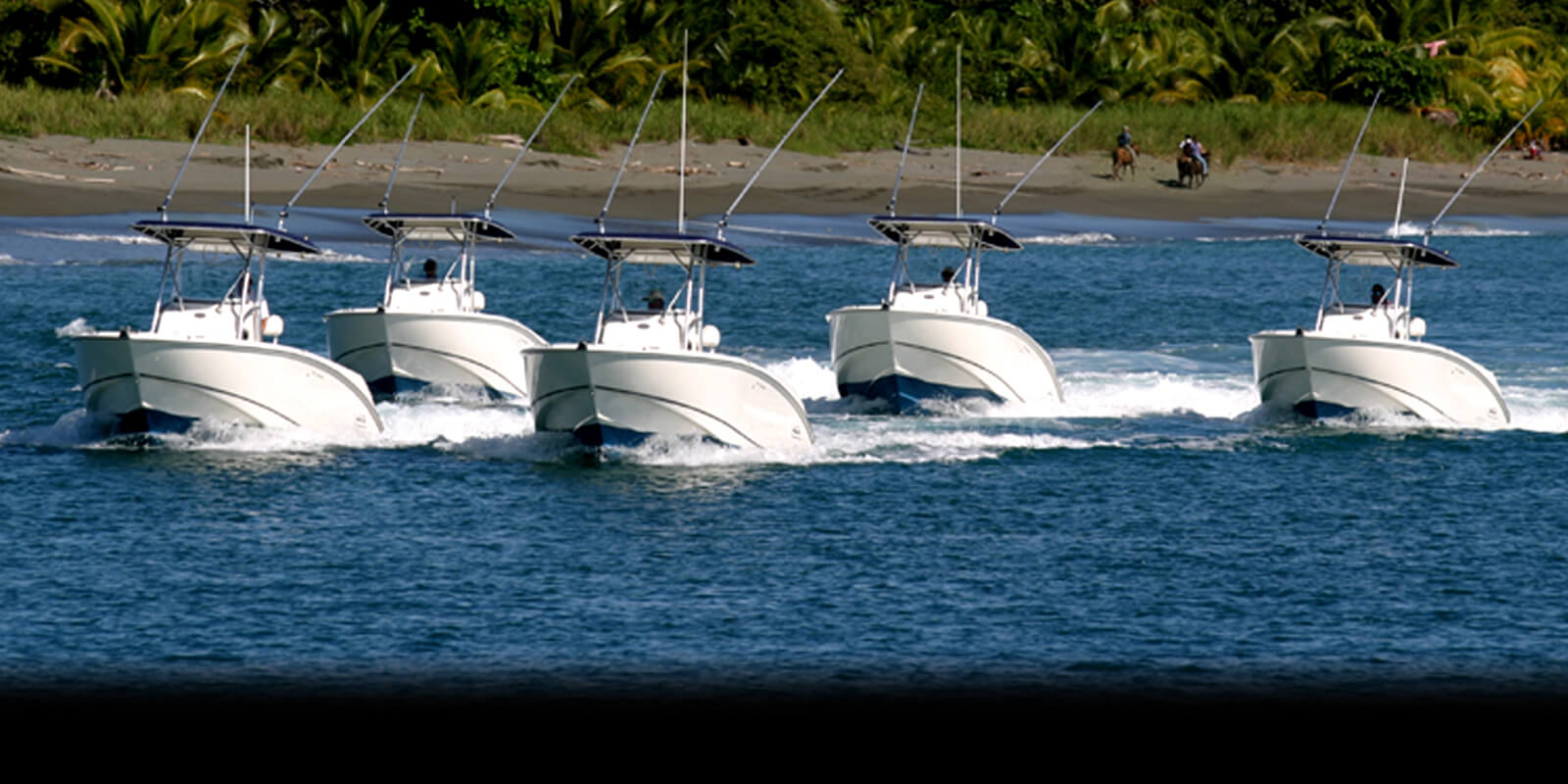 Crocodile Bay Lodge is located on the Osa Peninsula, on the South Pacific coast of Costa Rica.

Very flexible and able to accommodate just about all arrival and departure requests. The flight down to Puerto Jimenez, on the Osa Peninsula is 50 minutes in length from the airport in San Jose.

Aside from the excellent fishing and gorgeous, lush tropical grounds of the resort, the rooms at the lodge are fantastic. Richly appointed with hardwood accents throughout, all the rooms are large and spacious and fully equipped with AC, purified water dispenser, fishing gear rack, safe, alarm clock, observation deck, and queen sized beds. The suites include Jacuzzi tubs and second room. The lodge owners clearly put a lot of thought and attention to detail in laying out and furnishing the rooms. The guest rooms are gorgeous and there are few tropical lodges anywhere that offer this level of comfort.

The lodge also has some absolutely beautiful standard and deluxe villas that are available for rent. Each villa provides a spacious and private environment for groups or families. The villas have three bedrooms, air conditioning, SKY TV, and full kitchens. The deluxe villas feature 2400 hundred square feet of space with large kitchen, master bedroom, washer & dryer (maid service also included), televisions with SKY TV, wine refrigerators, and Jacuzzi tub in the master bathroom.

Because of the superb amenities found at the lodge, including a world class spa and a host of exciting eco adventures, this is an excellent location for non-anglers looking to accompany anglers on the trip. There is also a very good conference facility on site at the lodge, making this a very good location a for work/play trip.