The El Placer bank in La Guaira holds one of the world’s most impressive billfish concentrations found anywhere. This underwater fishing paradise rises nearly 50 fathoms from a 140-plus fathom depth, providing excellent structure for bait fish to congregate around. Roughly 4 miles wide and 14 miles long, the La Guaira Bank is just a short 30 to 40-minute run from where the boats are docked at the marina. Aside from the incredible blue marlin action, the run of white marlin that takes place in La Guaira during the fall (August – December) is unparalleled. Many anglers easily amass double digit releases during the prime months, some boats will record over 30 releases in a single day. Blue marlin, white marlin and sailfish are found year-round, giving you a legitimate shot at achieving the distinctive “Billfish Grand Slam”. Dolphin, wahoo and tuna also can be caught in the same area.

June through October are the optimal months for blue marlin at La Guaira. Twelve to fourteen days before the full moon, to two to six days after, are the best times of the lunar cycle to fish, some very good action can occur five to eight days after the full moon leading into to the new moon. Early in the season there will be fewer bites (one to three) but big fish (400 pound +) and as you move through the summer months the bite picks up, while the fish size drops. By the October moon guests can see 8-15 bites (or more) a day, with 250 pound fish being the typical size. November through March is the best time of the year for wahoo and guests can expect to get shots at yellowfin tuna, barracuda, jacks, blackfin tuna and even some dolphin during these months. April and May is peak dolphin season. When the run starts it can be fast and furious with the schooling fish running between 20 and 50 pounds. Found along side the schools of dolphin, guests can often get a good white marlin raise, and in good years, a strong early blue marlin bite. If you hit it right, the spring can be fantastic!

The marlin boats range from 32 foot Blackfins and Bertrams to a 61 foot Viking. All boats come with modern equipment, from the latest in communications gear to new Penn Internationals.

Your flight to Venezuela will arrive in the capital city of Caracas. As soon as you clear customs, you will be met by a member of our team and then driven by taxi to the Marriott Playa Grande. The hotel is perfectly situated between the airport and the marina and is just a short taxi ride from where you board your boat each day.

Due to the political instability in Venezuela at this time, our La Guaira fishing operations are currently suspended. 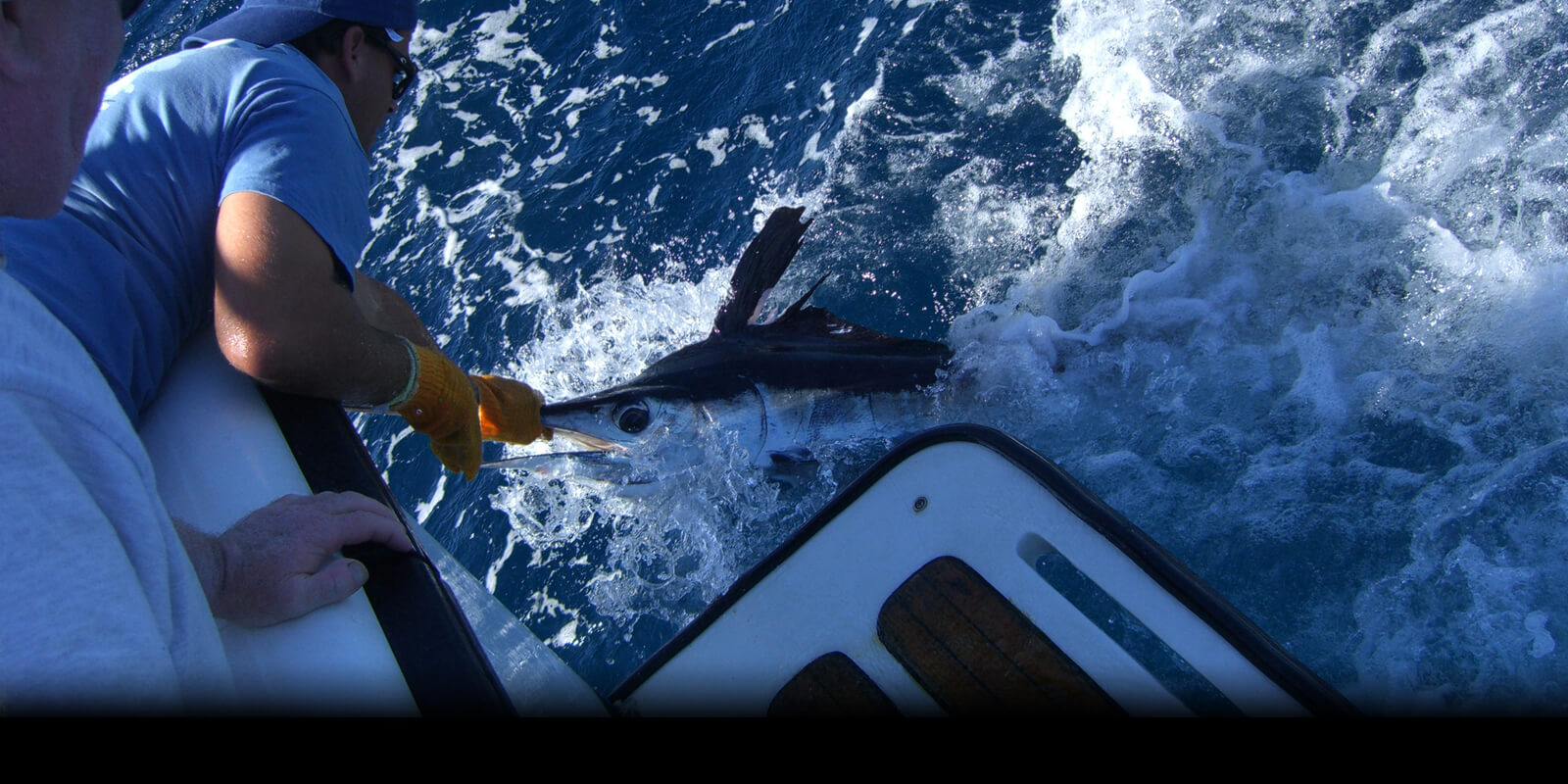 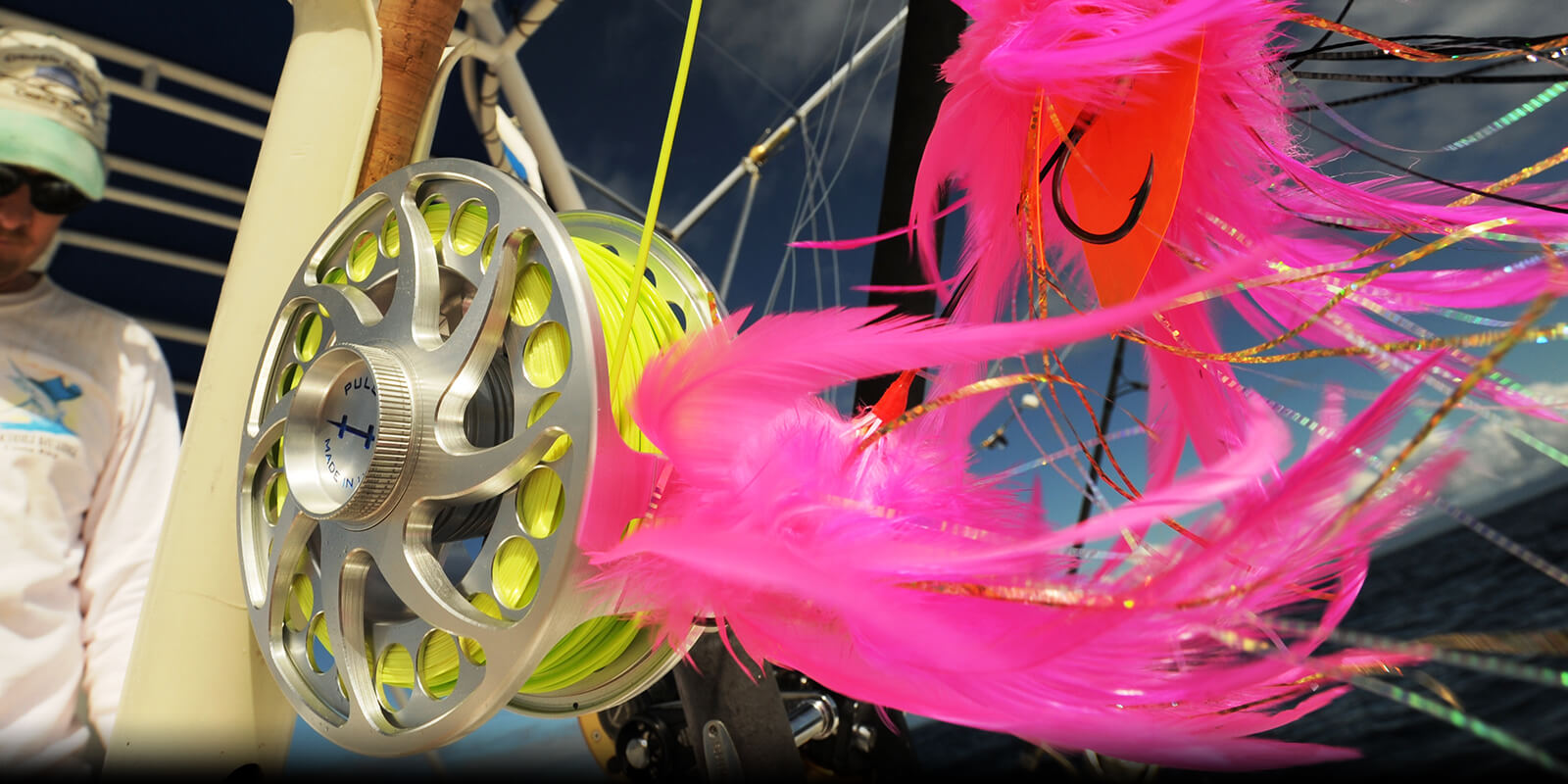 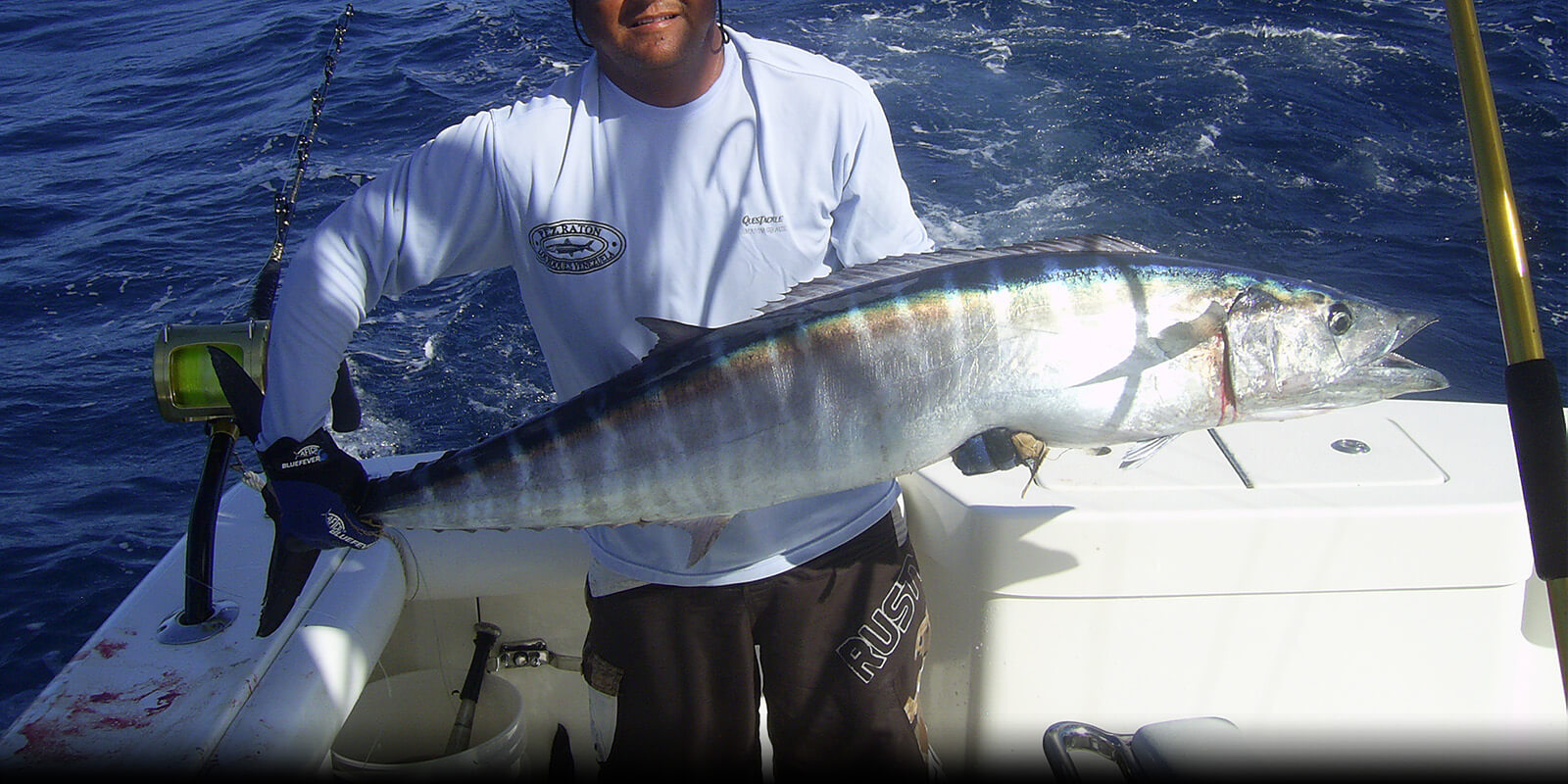 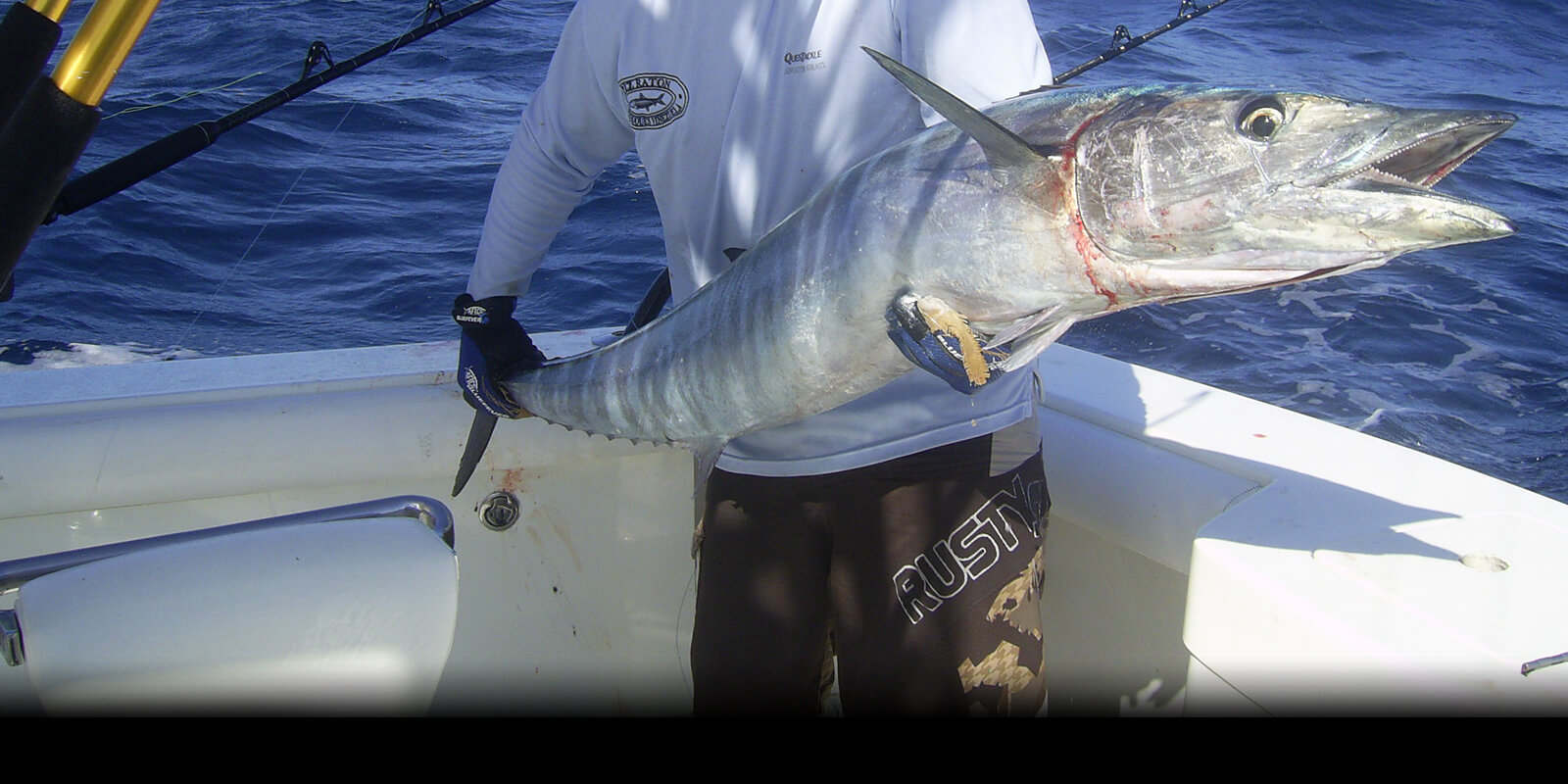 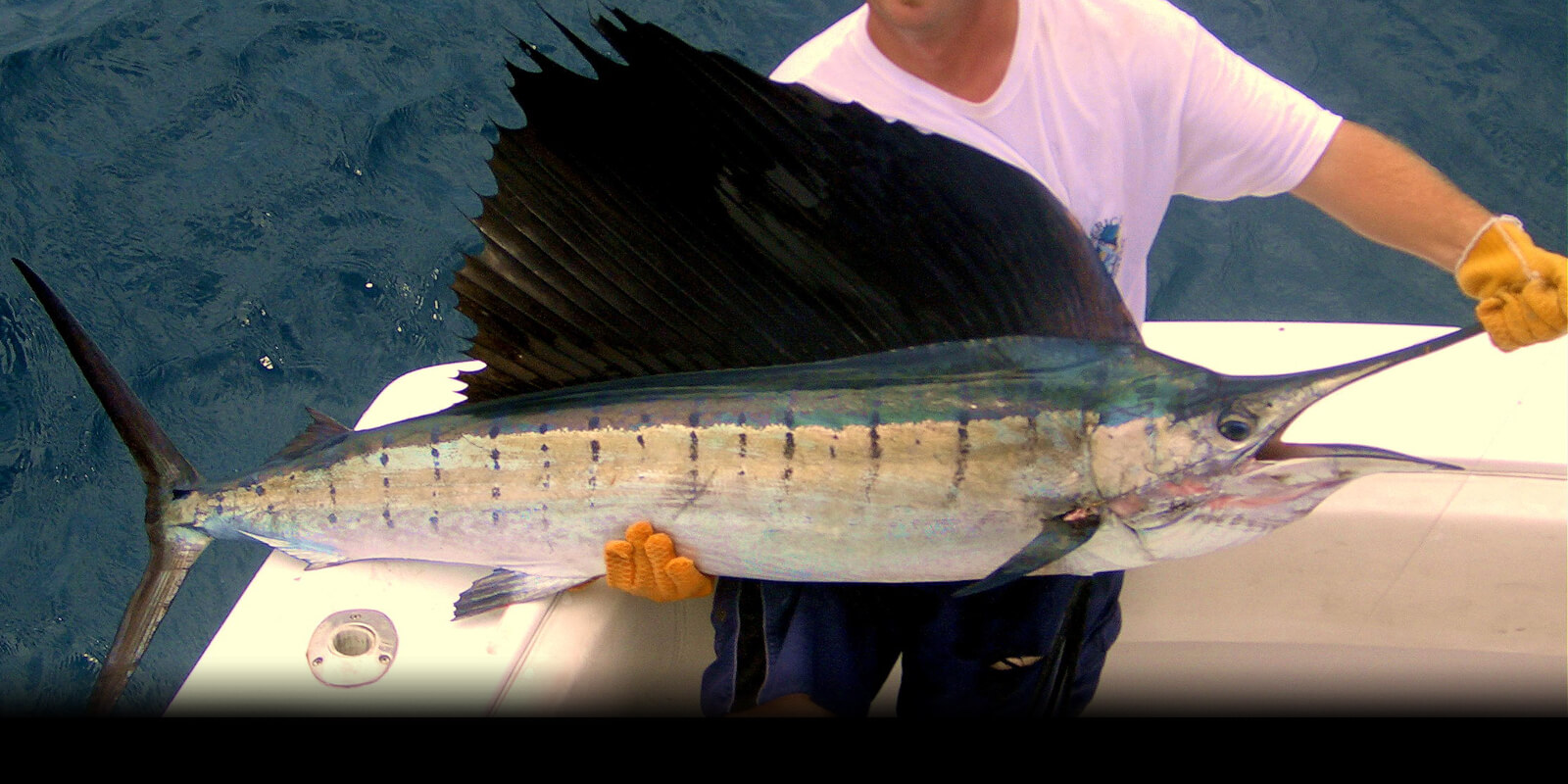 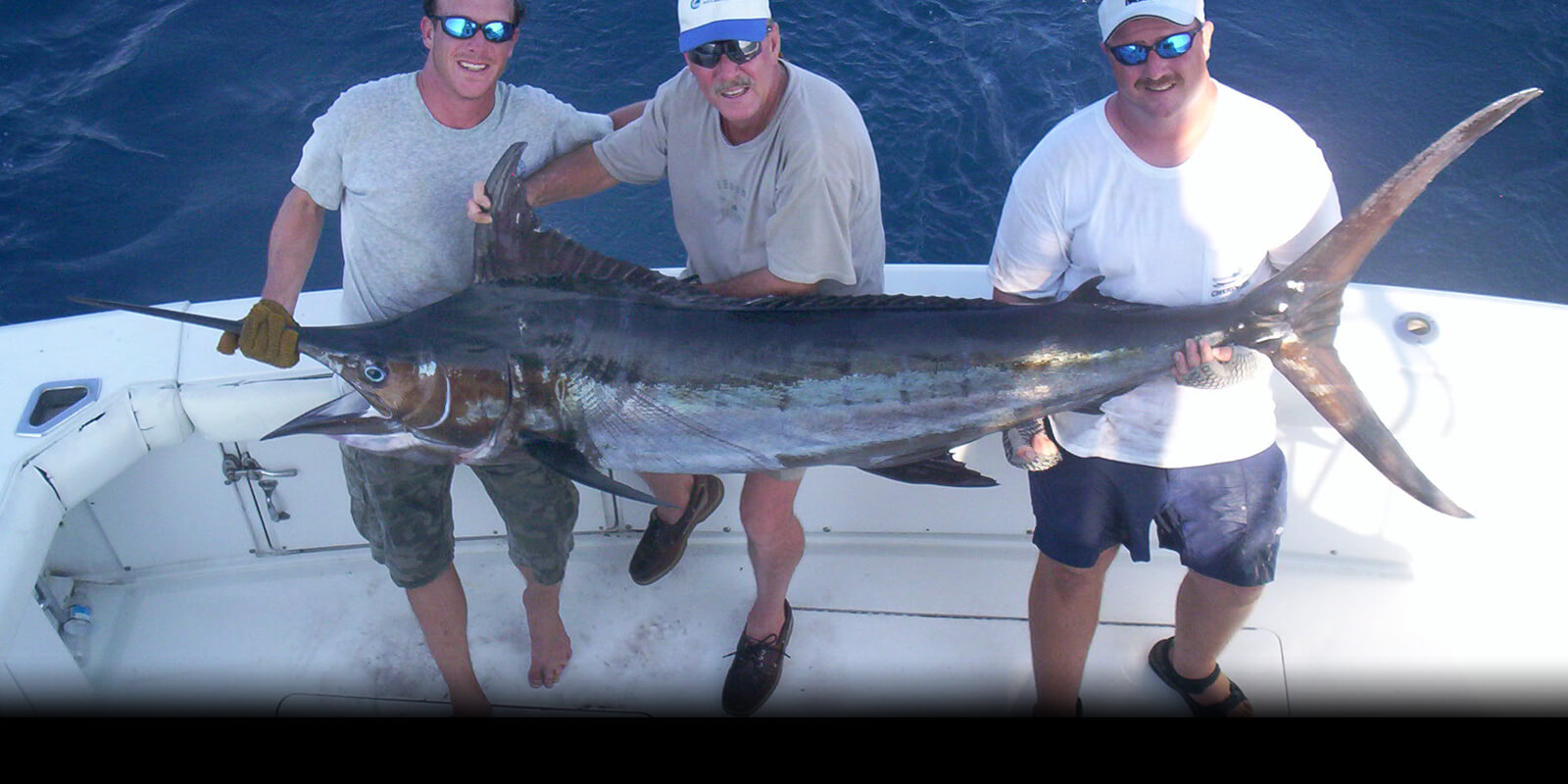 The town of La Guaira, is located on the Venezuelan coast, about 25 minutes from the international airport and about 35 minutes from downtown Caracas. The El Placer Bank is roughly a 40 minute run out from the marina.

There are no set arrival and departure days so guests can have this trip set up to meet their own schedules.

The accommodations for this trip are at the Ole Caribe Hotel. The Ole Caribe is located just 25 minutes from the Caracas International Airport. It overlooks the ocean and is situated right in the heart of the prestigious Zona Macuto. The hotel has 126 comfortable rooms and suites equipped with the latest conveniences to maximize the comfort and enjoyment of guests. The rooms have two double beds, private bath with hot and cold water and many rooms have an ocean view. There are three outdoor swimming pools along with a fitness center, sauna, tennis and squash courts. The hotel has an excellent restaurant and a couple of good bars. There is also a drug store, secretarial services and an internet facility available on site.

24 guests with - 4 guests per boat
Venezuela

To enter Venezuela, a valid passport from the country of origin is required that does not expire for 6 months after your trip has been completed, along with a visa - obtainable from consulates -, a tourist card, and a return ticket.