For anglers who enjoy fishing around the world, very few people have heard of the flats fishery at Exmouth Australia. On one level, this is not really surprising when you consider how remote and isolated Exmouth is. And not just remote from North American and Europeans. But also from most Australians!

The area around Exmouth is really a fly and spin fishermans’ dream because to the outstanding numbers of species available to anglers who travel there to fish and the fact that there are two very different and yet equally productive fisheries to take advantage of. And that both these fisheries are quite close to each other.

North West Cape is about 1200 km north of Perth, in Western Australia. Ningaloo Reef fringes the western side of the Cape from the tip and runs for about 250 km south. The reef lays anywhere from a few hundred metres to a few kilometers offshore- thus forming a giant lagoon with extensive shallow sand flats and crystal clear water. There is not much in the way of big tidal movements at Exmouth/Ningaloo, and the sky is more often than not, close to being cloudless. These two factors combine to create an environment where fish are seen from a long way off.

Most of the guests who travel from North America and Europe to fish Exmouth come with the intent to catch trophy Australian bonefish. But the real beauty of the fishery, aside from the stunning natural beauty of the fishing environment found there, is that this location also offers very good permit fishing. The Indo Pacific Permit lives in this area in very good numbers and like all permit, the Indo Pacific will take crab flies. As the water warms up from late September through the summer and autumn, the permit turn up on the bonefish flats in ever increasing numbers. There is nowhere else in Australian waters where you can cast at bonefish and permit on the same flats and expect to catch either!

Many well-travelled international fly rodders come to Australia to add a golden trevally to their species list. Goldies are a big, beautiful, rubbery lipped fish that will take serious lengths of backing when hooked. The goldies cruising the local shallow sand flats are bigger than anywhere else in Australia. Many goldies caught on the fly at Exmouth are between 20 and 30 pounds, with bigger fish occasionally landed!

Milkfish are very abundant in the area and are the must catch species for fly fishermen in the north. In the past milkfish captures were considered nothing more than luck. But with better understanding of this fish and its habits, they are now becoming a more regular hook up. If anglers want to fish for them, they are available when fishing Exmouth in very good numbers.

Queenfish are a regular target for sport fishermen and women in the north of Australia. Inside Exmouth Gulf there are marauding schools of XL queenies. And some very big GT’s to boot! Some of the giant trevally that cruise the local waters are just too big to catch on fly unless you are seriously into self punishment. Sometimes the guides will tease GTs back to the boat with hookless poppers and this method will often draw in some real monsters!

The offshore fishery at Exmouth is highly productive as well, offering a wide variety of species to target. There are plenty of pelagics to chase, including longtail, mack and yellowfin tuna, Spanish mackerel, wahoo, dolphinfish, sailfish and marlin. For billfish fans, both sailfish and marlin are available all year round. In August and September there are big numbers of sailfish on the Ningaloo coast. In October/November/December the sailfish turn up in good numbers further north in Exmouth Gulf.

Most guests fishing Exmouth Ningaloo will start by flying into Sydney. There are no direct flights from Sydney to Exmouth so guests will first fly to Perth and then up to Learmouth (Exmouth). We will coordinate an airport shuttle for the 35 km drive from the airport to the hotel.

Double occupancy in the room and skiff

Single occupancy in the room and skiff 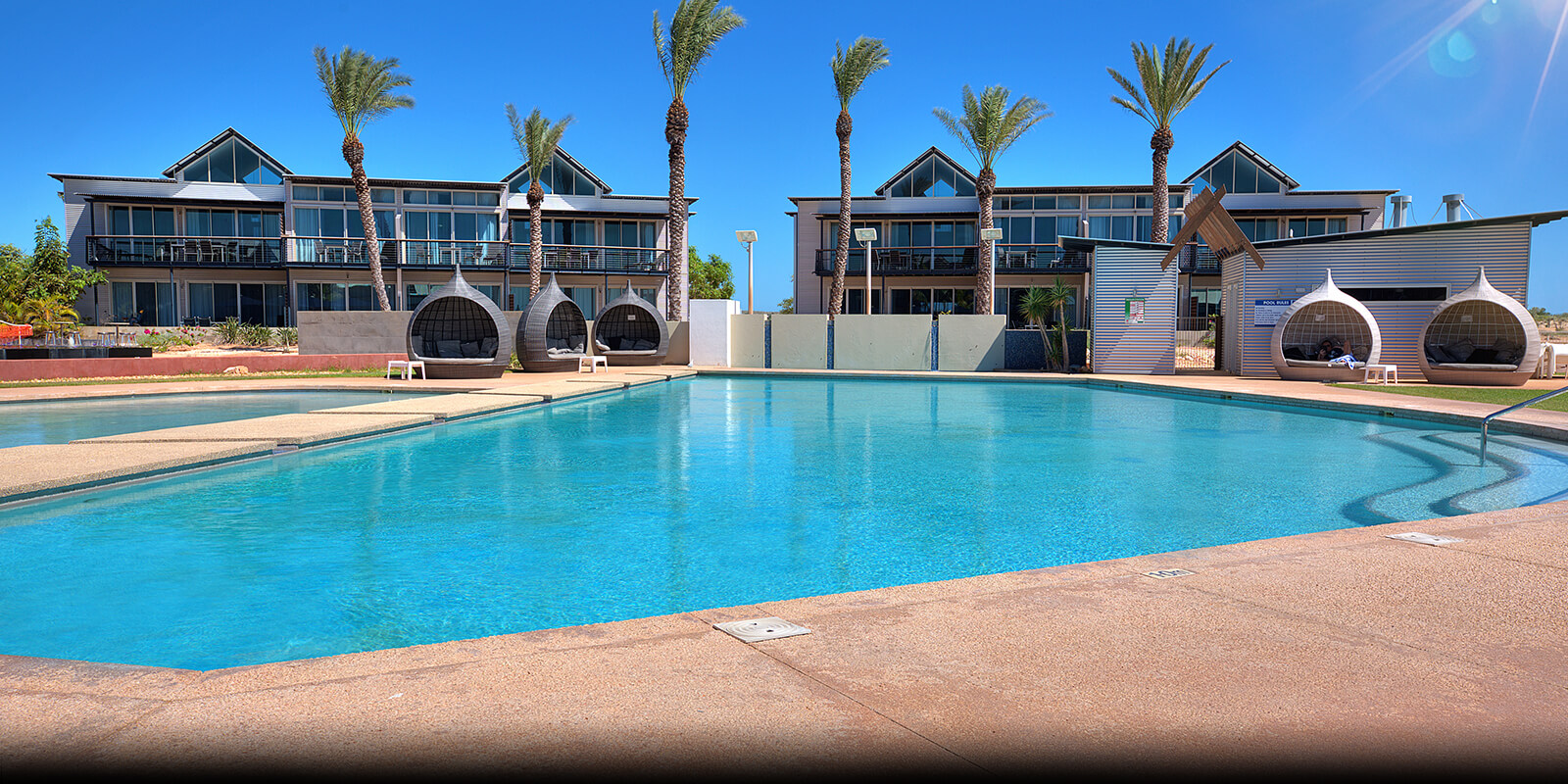 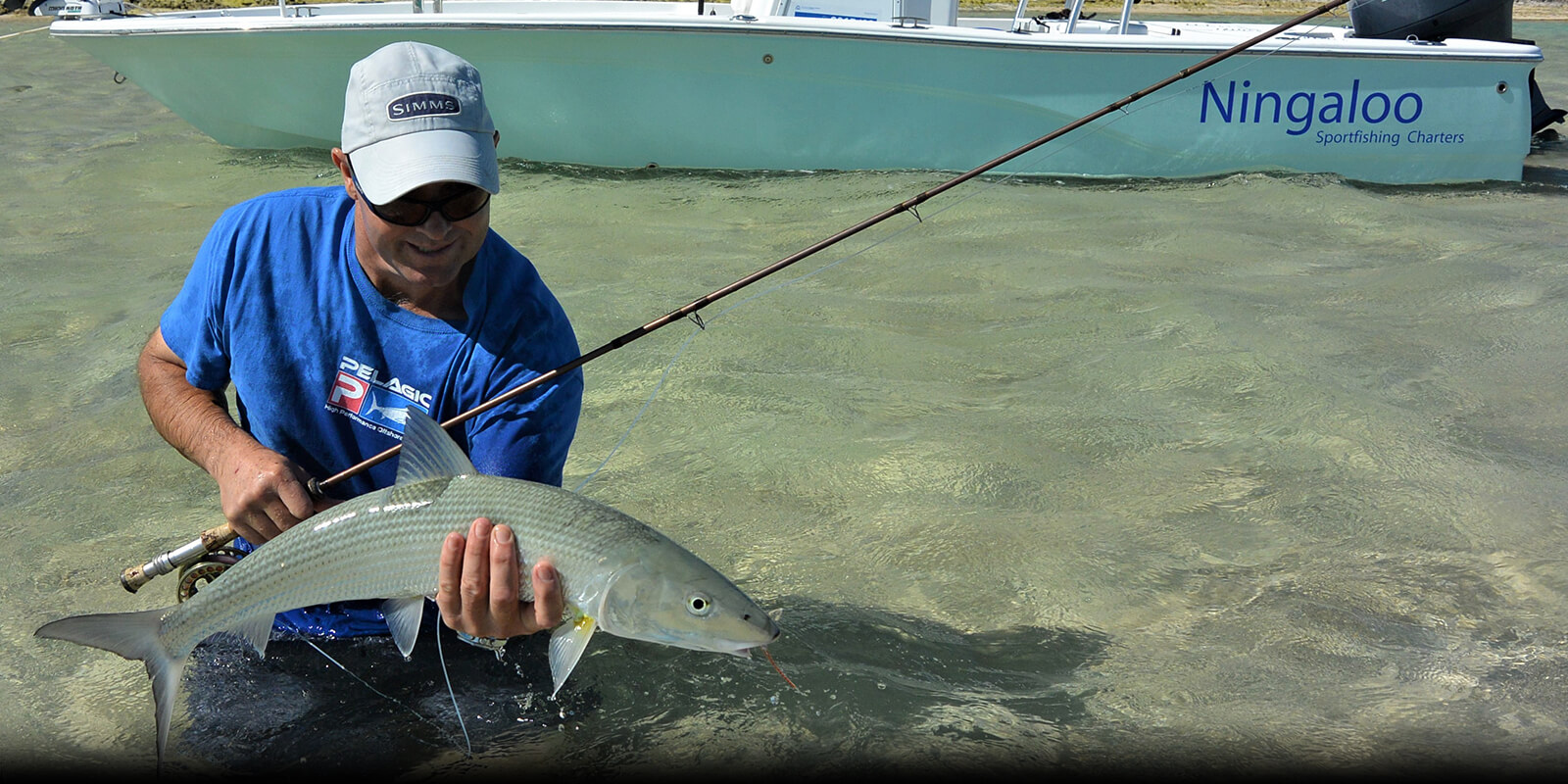 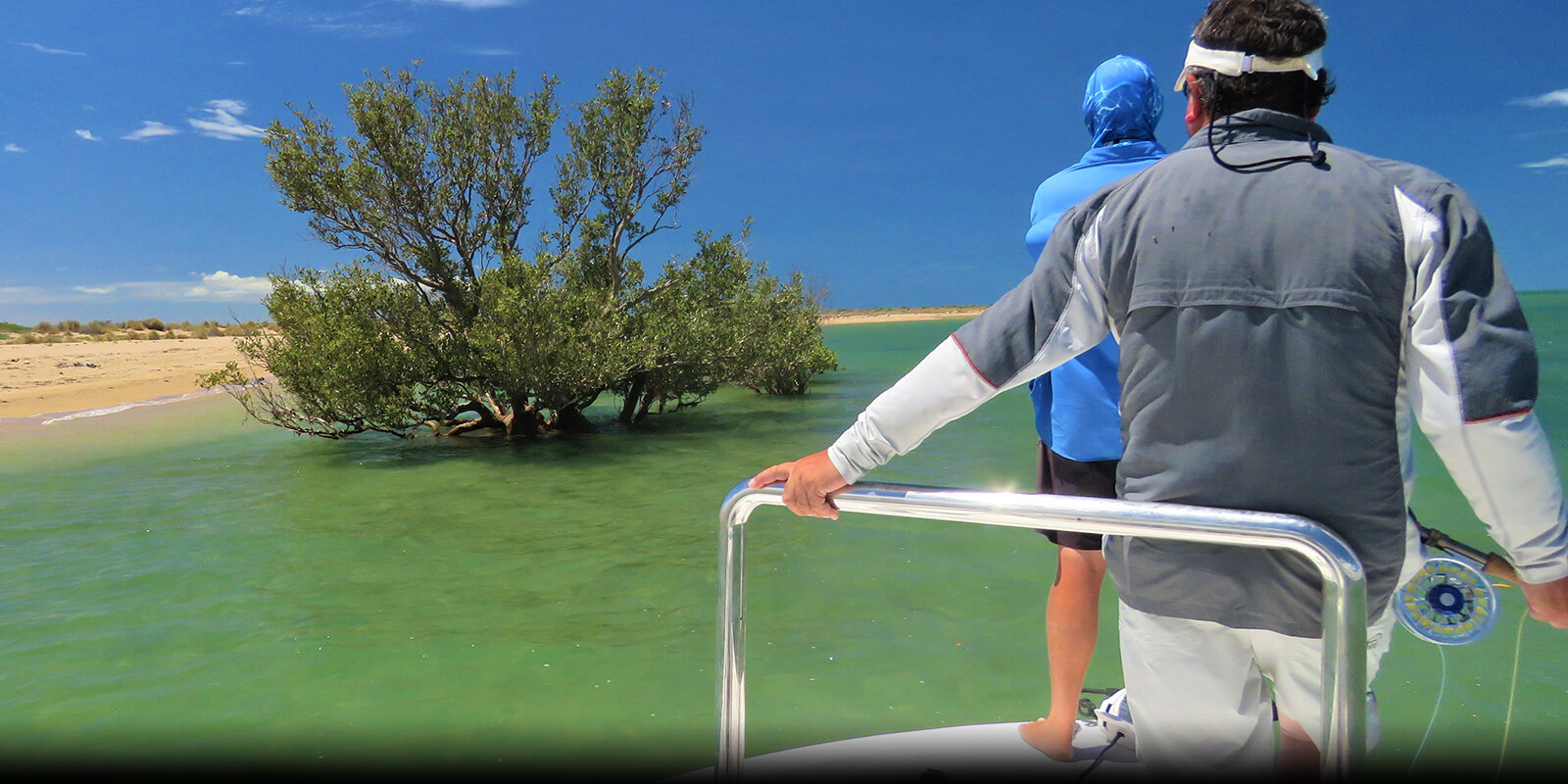 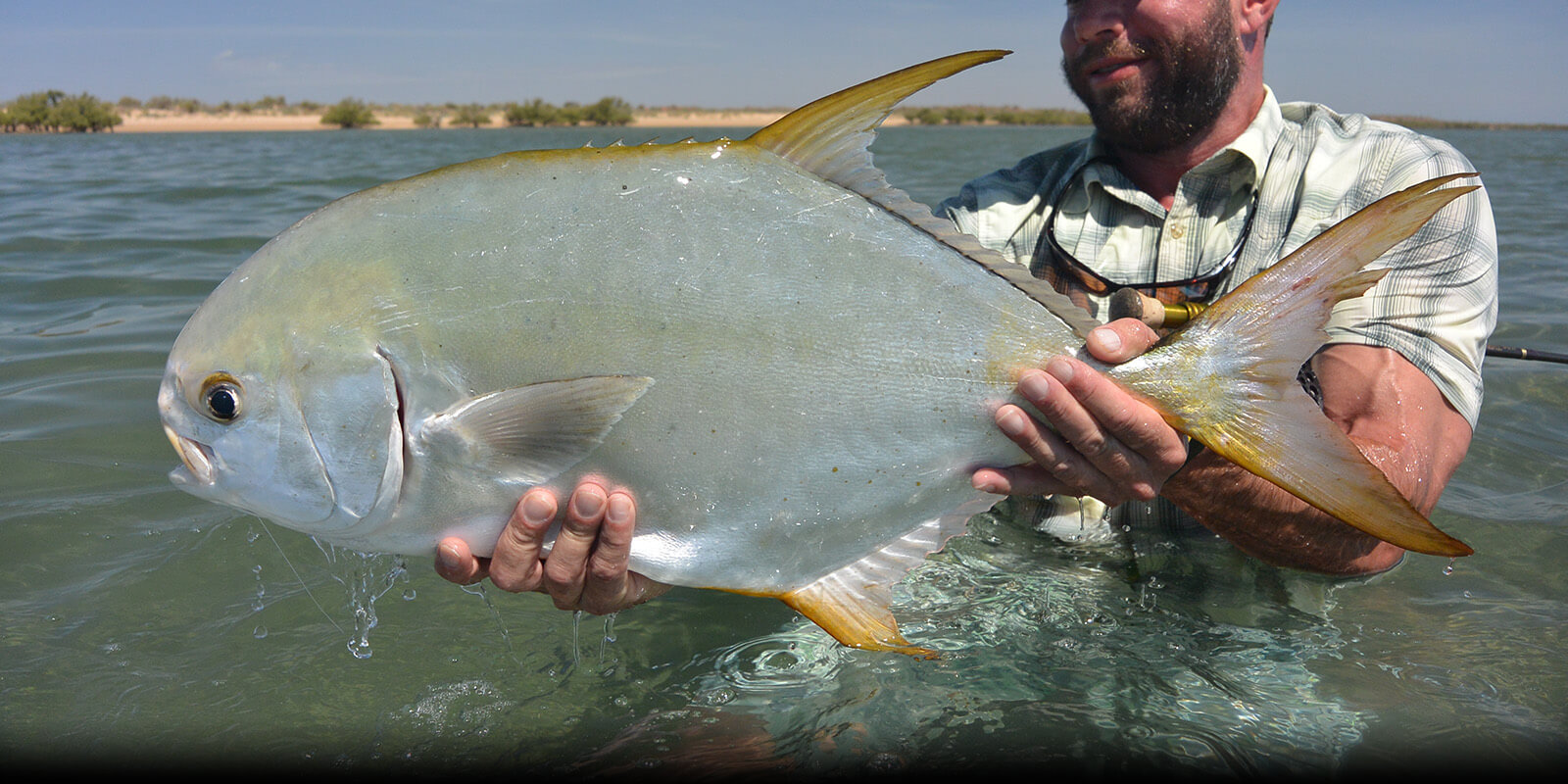 Exmouth is a small resort town on Western Australia’s North West Cape. It’s a gateway to nearby Ningaloo Marine Park with its coral reefs, and migratory whale sharks. The town is located 1,270 kilometres (789 mi) north of the state capital Perth and 3,366 kilometres (2,092 mi) southwest of Darwin.

Exmouth is a year round fishery

There are no set arrival and departure turn around days. We are flexible to accommodate your schedule.

While there are several different options when fishing Exmouth, we definitely prefer the Mantarays Ningaloo Resort. For socializing after fishing, the hotel has a good restaurant and bar. Each room comes equipped with air conditioning and private spa baths in which to relax. The tones of the rooms are modern, earthy with accent colours reflecting the tones of the sky and ocean, inspired by the natural surroundings. All of the rooms come with either a single King sized bed or two King beds. The rooms are spacious with high ceilings and large cool floor tiles and have private balconies from which to enjoy the views and capture the breeze. The rooms also comes with tea and coffee making facilities and TV and DVD with stereo.

U.S., Canadian and EU members must have a passport valid for 3 months beyond intended stay, along with tickets and documents for return or onward travel. A visa or Electronic Travel Authority is also required. If you are traveling to Australia - Please Click Here - for more info on the ETA program.