A glance at a map reveals that Andros has more bonefish habitat than any other island of the Bahamas and the island of Mangrove Cay is smack in the middle of it all. The mystique of this part of Andros is held in the ever-consistent opportunity to cast a fly or jig to the “ghost of the flats”, with good sized fish landed every week. Mangrove Cay is an island in the centre of Andros, separated by waterways that bisect the island from east to west. These are the North, Middle and South Bights, themselves dotted with countless uninhabited cays. Combined with the vast banks and mudflats of the West Side of Andros, this is the largest area of bonefish habitat in the world, establishing Andros as the “Bonefishing Capital of the World”. As you can see from the satellite images on the left hand side of the page, Mangrove Cay has no shortage of nearby creeks, flats, bays and estuaries to fish. The position of the lodge also offers a fairly sheltered run to the Western Side of the islands (about 45 minutes) to get at the some of the more renowned flats that are famous for holding very large fish. One huge flat on the West Side has been labeled “The Land of the Giants” and justifiably so. Due to its remote location and lack of any settlements, good numbers of very large fish can be found here on a consistent basis. However do not be tricked into thinking that the “grass is always greener on the other side of the island”, our daily recorded statistics prove that the home waters just minutes away from the lodge are equally productive in both size and numbers. In fact, some of the largest fish to date have been taken within sight of the Mangrove Cay Club just across the Bight around Big Wood Cay and Moxey Creek.

The bonefish in the Bights are plentiful and average 3 to 5 pounds with regular appearances of fish 6 to 10 pounds and several 11, 12 and 13 pound fish are landed every season. Fish are seen in schools of anywhere from a few fish to very large numbers, often in the hundreds. Large fish tend to travel in singles and doubles although they can hang out in large schools with smaller fish. First and foremost, the Andros ecosystem is principally a bonefish location. Both tarpon and permit do swim these waters but they are more species of serendipity than anything else. Tarpon can be found rolling in the deeper channels and cuts between islands during the late spring and into early fall, but this is not the kind of fishery where bringing your tarpon gear makes a lot of sense. Permit are occasionally seen and even caught in the Middle Bight area, but it’s one of those situations where you don’t want to dedicate days to searching them out as their numbers just don’t justify this kind of dedicated pursuit when there are 10 pound bonefish lurking about. Far more common and bankable are the large predators like barracudas and sharks which share the same flats as the bones do. Guides at the Mangrove Cay Club work on a rotation so anglers can enjoy the opportunity to fish with several members of this talented group during the week. It is evident that a great deal of thought went into the planning and construction of Mangrove Cay Club. Those who built the facility are first and foremost, fishermen at heart. This is a first-class operation in every sense of the word.

BOATS AND EQUIPMENT
Dolphin Flats Skiffs powered by 85 horse powered Yamaha engines. There is plenty of dry storage and cockpit space. Decks are clear and free of obstacles that could snag a fly line. Five of our boats are equipped with leaning posts and two of those are also equipped with cushioned chairs on the casting deck.

GETTING THERE
Guests will need to fly into the Nassau Bahamas International Airport and then catch the computer flight up to Mangrove Cay. Many major US, Canadian and European air carriers fly into Nassau daily. Mangrove Cay enjoys twice-daily commercial air service from Nassau to the Clarence A. Bain Airport via Western Air and Caribbean Aviation. If you do fly through Nassau, please be aware that Nassau’s International Airport is divided into two sections: the Domestic Terminal and the International Terminal. They are located in different buildings and you have to go outside the International terminal (where you’ll arrive) to make your connecting Domestic flight. Don’t worry, the airport staff are used to dealing with the confusion and most any baggage handler or security personal will be happy to point the way. Just remember,you must clear Bahamas Customs with your luggage in Nassau before you make your connection or your luggage won’t make it. Charter service can be arranged from south Florida or Nassau, Bahamas. Private planes are also welcome at Mangrove Cay and the 5,000 by 75 foot (1,524 by 23 m) asphalt runway can accommodate most private aircraft. While there is no Bahamian customs currently available on Mangrove Cay, anglers choosing to travel by private aircraft or charter from the US can find ports of entry on North and South Andros as well as Nassau, Bimini or Chubb Cay. You will be met at the airport and driven to Mangrove Cay Club, a journey of ten minutes. 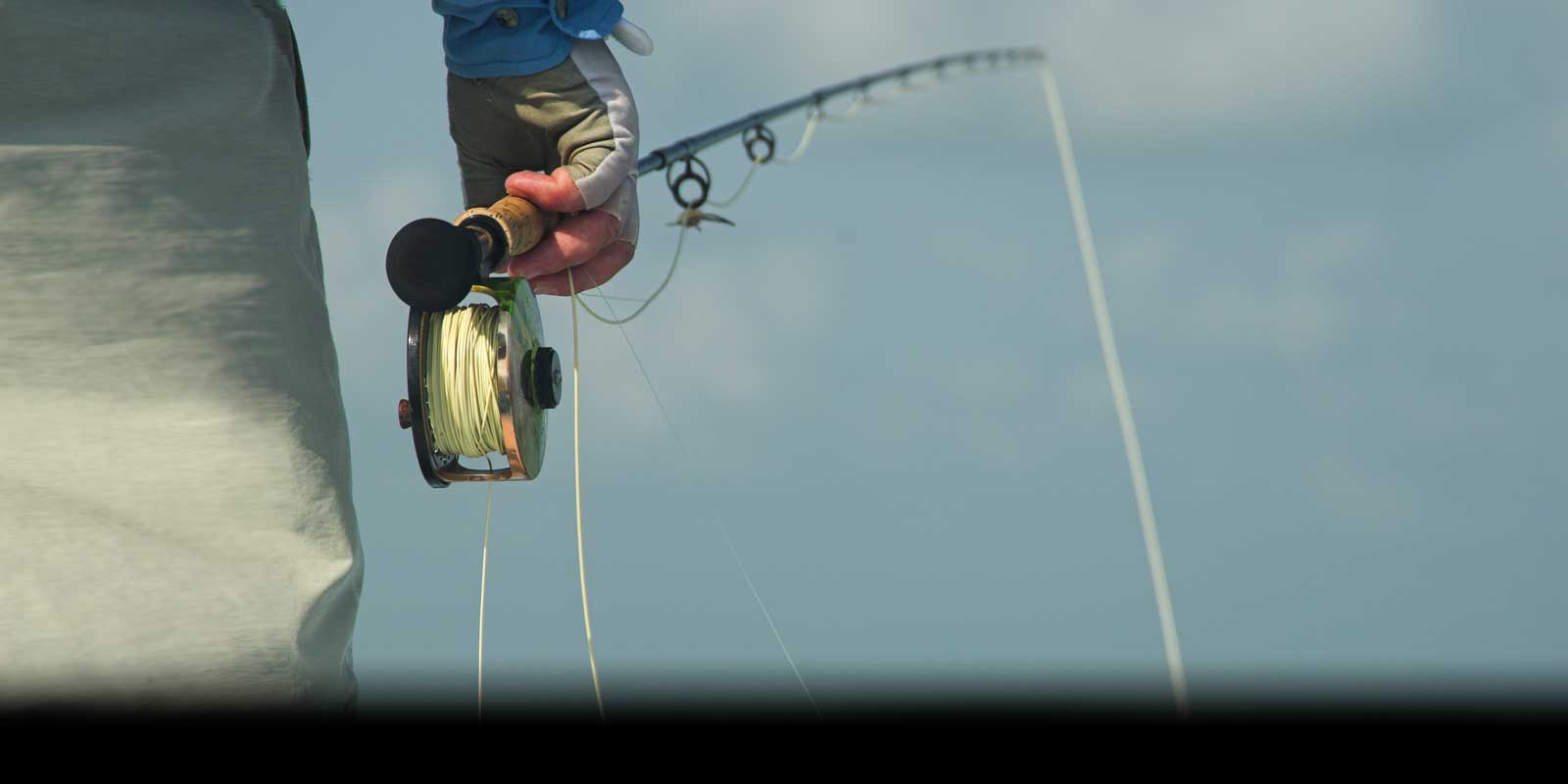 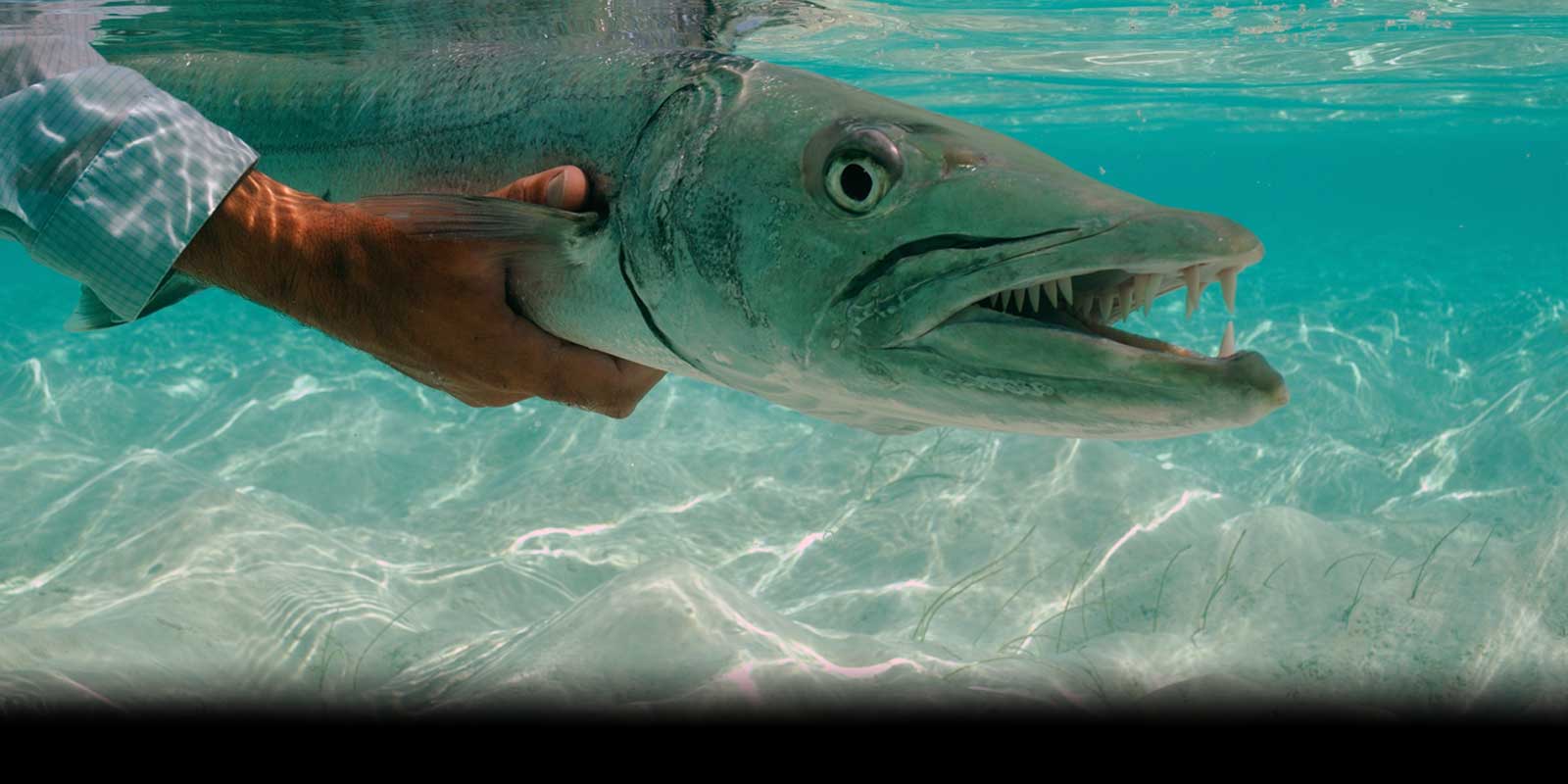 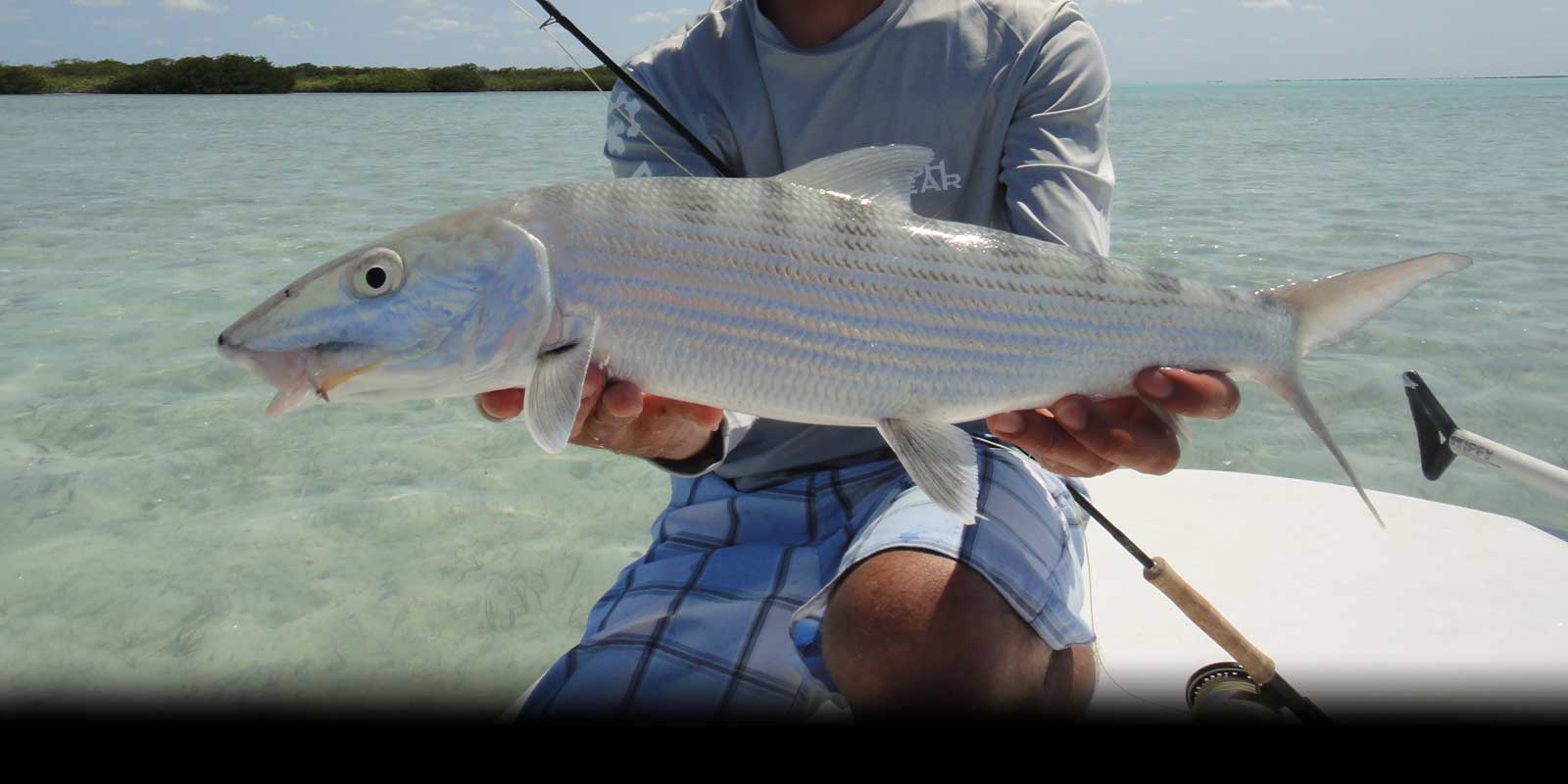 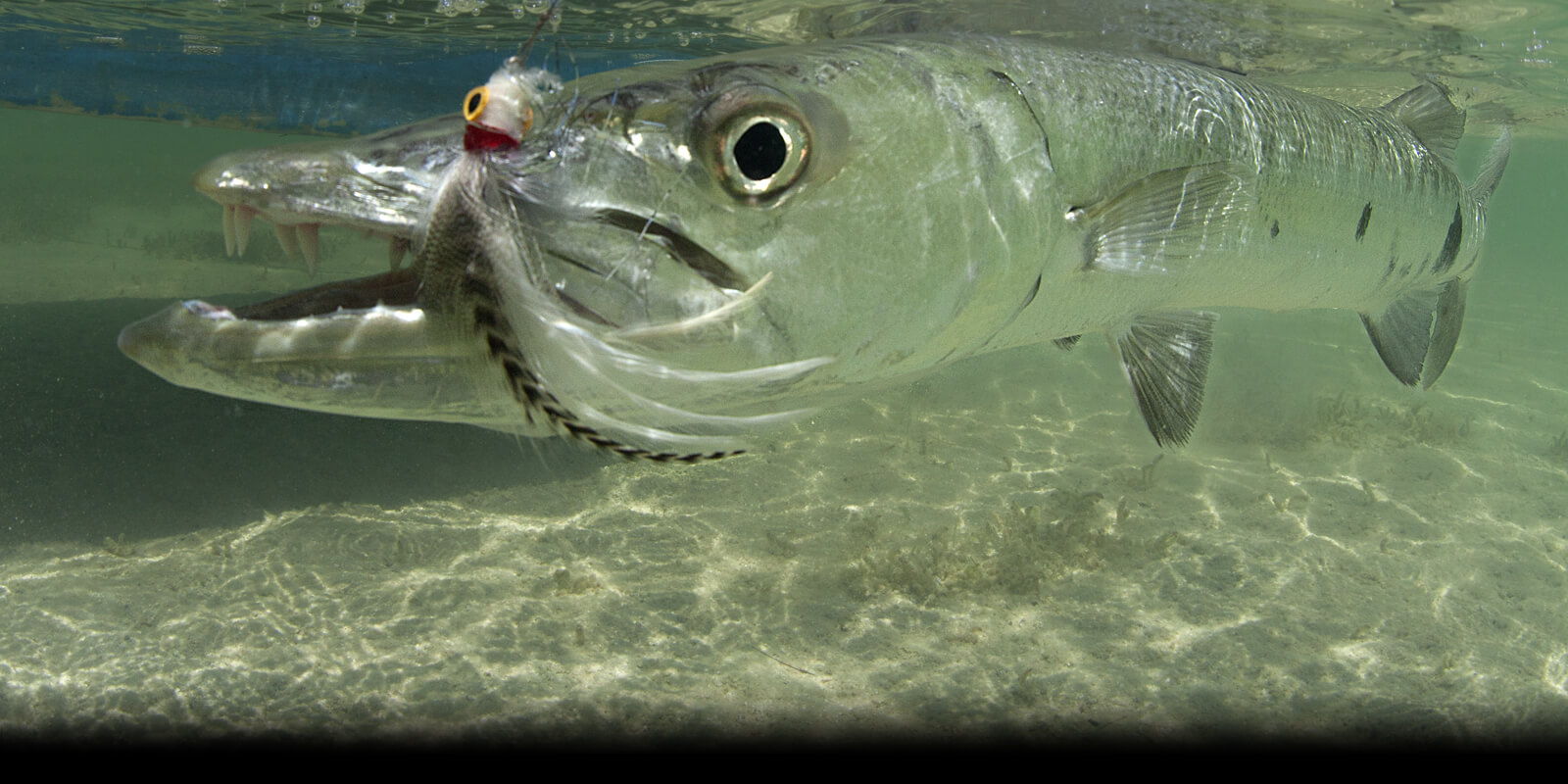 Full week packages generally arrive and depart on Saturdays. Shorter stays can be organized, when there is space. Although, arrivals should coincide with Saturdays.

The essence of Mangrove Cay Club is attention to detail in relaxed comfort. Eight identical suites with verandas overlooking the sea are contained in four duplex cottages spread along the shoreline. Tropical landscaping around the cottages is complemented by natural vegetation on the 10-acre property. Each suite provides spacious and comfortable accommodation for two fishermen. Bright rooms with vaulted ceilings feature two queen-sized beds, air conditioning and ceiling fans, plenty of storage space, and an adjoining sitting room that allows the early-riser to prepare for the day without disturbing a roommate. Bathrooms, too, are spacious with an over-sized walk-in shower, plenty of counter and shelf space, and an ample supply of towels. Water is hot 24 hours a day, and a hairdryer and basic toiletries are provided. Freshwater spigots and rod racks outside every room facilitates cleaning and storage of tackle. Each bedroom is equipped with a bedside table with a bright lamp, as well as a good-sized hanging cupboard and chest of drawers. All our bedrooms have air-conditioning. Each bed is made up with four large pillows with a sheet, light blanket and tropical-weight duvet allowing for a choice of layers for each guest. All bathrooms have copious amounts of towels, two waffle-weave robes, a hairdryer, electrical outlet (electricity is standard US 110 volt), as well as a full range of bathroom products. Each room has its own rod racks with freshwater hoses for gear cleaning and maintenance.

The main lodge, which adjoins the fishing dock, has high cypress ceilings with both fans and air conditioning. Its large open space is divided into a dining area at one end and the hub of social activity around the bar at the other. Amenities include a fly-tying table, ladies and gentlemen’s washrooms, a sitting area with satellite television, and books and magazines that guests may borrow during their stay. A well-stocked tackle shop with everything that fishermen need on the water, from rods all the way to sunscreen, film and sunglasses, also lends outfits to guests as emergency backups. Fresh local seafood is the focal point of many of the dinner menus. Local fishermen actually pull up at the lodge dock with their catch to allow the chef, Iyke Moore to make his selections. Lobster, grouper, snapper, conch and even stone crab claws all make regular appearances. Bahamian favourites, grilled entrees and classic cuisine are all prepared to Iyke’s high standards.

For American, Canadian and EU members, a valid passport good for 6 months AFTER the trip has been completed is required. Please note that the Bahamian Government is very strict about the 6 month stipulation and they’ve been known to turn anglers away who don’t have sufficient time left on their passport.